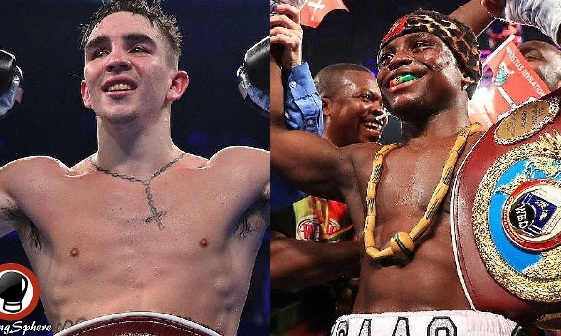 Dogboe will take on Conlan, an undefeated WBO inter-continental featherweight champion in a world title eliminator.

The fight was announced by Top Rank Promotions as a Tyson Fury undercard in London with both fighters keen on winning the featherweight contest.

In a reaction towards preparations for the fight, Dogboe wrote on Twitter “6 weeks to go. December 5th 2020! Relaxed, Excited But Calm and Ready To Go”.

The 26-year-old hard-hitting Ghanaian puncher is looking forward to build on his eighth round stoppage win over Chris Avalos last July having been out of the ring for over a year.

Dogboe spent over a year on the sidelines following his two consecutive defeats to former WBO super bantamweight titlist Emanuel Navarrete in 2018 and 2019 respectively.

Meanwhile, Conlan, who is yet to lose a professional bout, has begun training ahead of the fight and has described camp as going as planned.

The 2012 Olympic bronze medalist and World Championships gold winner in 2015 is anticipating a return to the ring following three months of absence.

“A Champion, in @ChampionEurope Camp is going strong! Just under 6 weeks I will be back under the bright lights, doing what I was born to do,” Conlan tweeted.

Conlan last fought in August when he impressed against French fighter Sofiane Takoucht in a tenth-round knockout victory.