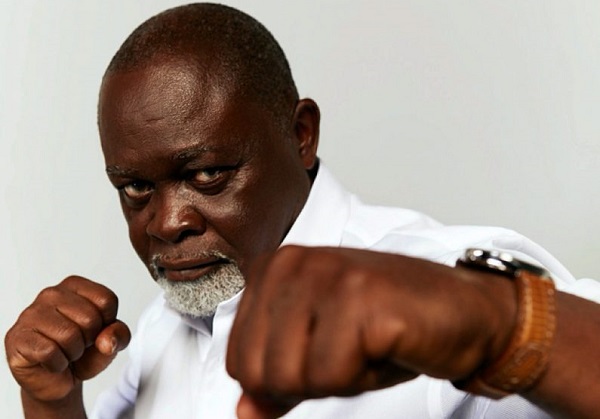 “Ghana has a lot of potential world champions who if developed well, could fly the flag of Ghana very high. The beginning is the most difficult, hence the need for all hands to be on the deck to hunt for talents and nurture and develop them so Ghana can produce first class boxers in future,” Nelson observed during an exclusive interview with the Daily Graphic.

He expressed concern about the over-concentration of boxing in Accra to the neglect of other parts of Ghana, as well as the decline of the sport in recent times, stressing that the time had come for the GBA to spread its net wide by organising amateur and professional boxing shows across the country.

“The GBA should spread its net wider to organise boxing shows across Ghana to hunt for talents because we have a lot of potential boxers all over Ghana, but lack of support makes the potential of the youth with skills in boxing latent, hence the need for the GBA to be up and doing,” Nelson, who defeated Wilfredo Gomez in Puerto Rico to win the WBC featherweight title in 1984, explained.

He was also of the view that some young talented boxers were reluctant to practice it due to  poverty, explaining that some of them could not afford two square meals a day to invigorate them to train daily.

“In boxing, regular training with no food is a setback,” Nelson, who was inducted into the International Boxing Hall of Fame in 2004 following his exploits as one of the best pound for pound boxers in his generation, added.

Nelson also attributed the decline of the sport to lack of discipline among a section of the youth, saying lack of self-discipline undermined the quest of some boxers to rise to stardom.

“Another key factor affecting the sport is indiscipline among a section of the youth. Some of the up and coming ones lack self-discipline. After hitting the limelight, they start indulging in things that militate against their ambitions to climb high.

“Due to lack of self-discipline, they are not able to train regularly at a particular gym, thus causing them to miss training sessions at regular intervals. Others also move from one gym to another instead of concentrating on a particular gym to nurture their talent,” he observed.

Nelson, who defeated a tough Mexican boxer, Mario ‘Azabache’ Martinez, in Los Angeles to win the then vacant WBC super featherweight title in 1988, said much depended on the youth in their bid to rise to the top.

“They have to know what they want and focus on them to reach the heights in life. If you do not know what you want in life you can’t get what you want, hence the need for them to appreciate that boxing is a career which requires self-discipline, regular training, focus, strategy among others to help achieve one’s goals,” he advised.