FEATURE: Is it time for Joseph Agbeko to call it quits? 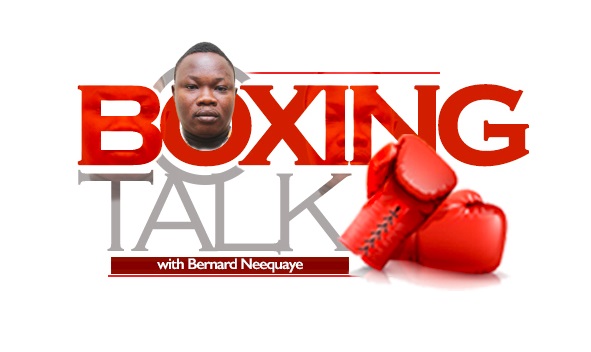 Last week, Joseph Agbeko’s scheduled WBO bantamweight title eliminator against Paul Butler was cancelled due to the former’s inability to secure a visa on time to make the trip to the United Kingdom (UK).

The cancellation of the fight means Agbeko’s dream of landing another shot at another world title will be delayed; a move which doesn’t help his career at this stage, considering his age.

It is important to take into consideration Agbeko’s age but you cannot write him off just because of that; if for nothing at all, he remains the topmost rated in the division by the WBO.

I was personally of the view that he must retire from the fistic sport at his age considering the danger it poses to his health but after a conversation with him, I felt the need to support him.

During our conversation, I realised he still has something in him to give to boxing and I hope he gets the chance to prove that.

After all, there have been several fighters who achieved world title status at age 40 and above. The likes of Bernard Hopkins, George Foreman, Archie Moore and Willie Pep, among others, all achieved that feat aged over 40.

With all these fighters competing and winning world championships having passed their primes, it will be unfair to rule out Agbeko just because he is 41.

In my view, getting the chance to fight for the world championship at his age would even be an achievement in Ghana because none of his compatriots have achieved that.

My only worry for Agbeko at this stage is lack of regular fights which could be detrimental to his world title hopes.

Hopkins, before he became a champion at 46 years, was a regular in the ring but Agbeko has had just three fights since 2019. That is where he falls short and I think he must work hard if he wants to make a meaningful challenge at his age.

In all these, Agbeko feels he is not under any pressure to prove himself to Ghanaians having won the world title on two occasions.

During a recent chat with him, he said he wanted to continue competing at the highest level not taking into consideration what anyone thought of him.

“I don’t think I have anything more to prove to Ghanaians because I have achieved a lot in the sport,” Agbeko told Graphic Sports.

“I have been working hard to get another shot at the world title and that is what I am looking at. It is not going to be easy but I believe it should be soon.

“My age should not be a problem because there have been several world champions my age so I don’t know why Ghanaians keep talking about it,” he said.

I want to propose to Agbeko to consider engaging in warm up fights to keep him in shape ahead of a possible final eliminator by the close of the year.

These fights must be against credible opponents who are ready to test him before he comes up with a former world champion in Paul Butler.

That, to me, would prepare him adequately for the task ahead since Butler possesses over seven years age advantage over Agbeko.

The future looks bleak for the Ghanaian but he has an opportunity to turn things around by silencing all critics when the time is due.

That is the only way to prove to the world that he can still be a force to reckon with at 41 years just as those he intends to imitate.