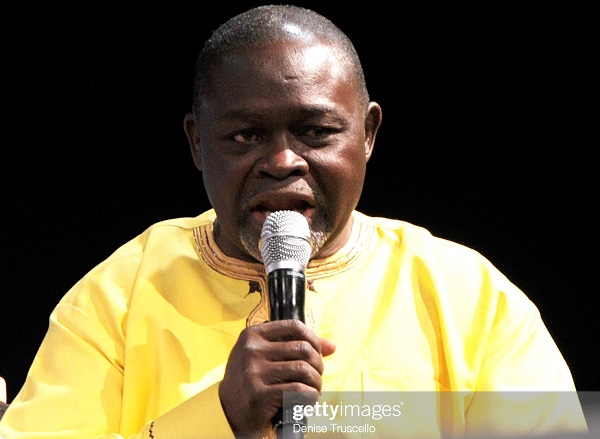 BOXING legend Azumah Nelson has said Ghanaian world title hopeful, Richard Oblitey Commey, needs to work hard on his ring craft if he is to return as a world champion. He said the Commey lacked some important skills needed to dominate the tough lightweight division and must, therefore, work hard on his defence as a matter of priority to become a complete boxer and a world champion again.

Reacting to Commey’s loss to Ukrainian Vasyl Lomachenko in a non-title fight in New York early this month, Azumah, a former two weight division world champion, noted that Commey, like many of the current crop of Ghanaian boxers, had adopted only one approach style of fighting in the ring which was detrimental to their chances of victory and longevity in the sport.

“Commey doesn’t know how to defend, he is not a complete boxer, he fights only one style of boxing, it is sad,” he told the Graphic Sports in an exclusive interview in Accra.

Commey, a former IBF lightweight champion, lost by unanimous points to his Ukrainian opponent at the Madison Square Garden, with the judges scoring the fight 119-108, 119-108 and 117-110 in favour of Lomachenko who was the pre-fight favourite.

“In boxing, you must keep changing your style to adapt, keep pivoting and keep gauging the threat of your opponents but our boxers don’t do that,” the retired icon and a member of the International Boxing Hall of Fame told the Graphic Sports.

Azumah admitted that he predicted that the Ukrainian would dominate the Ghanaian because he had different fighting styles and had richer experience in the ring. However, he declined to make any pre-fight prediction in order to not cause uproar among Ghanaians who might think he was not in support of his compatriot.

“Ghanaians don’t like the truth; if I had said he [Commey] would lose before the fight, it would have raised so many issues and people would have said I don’t like him, but here we are,” he told the Graphic Sports.

He urged Ghanaian boxers to take their time to hone their skills, learn from the best and practise it well to become great.