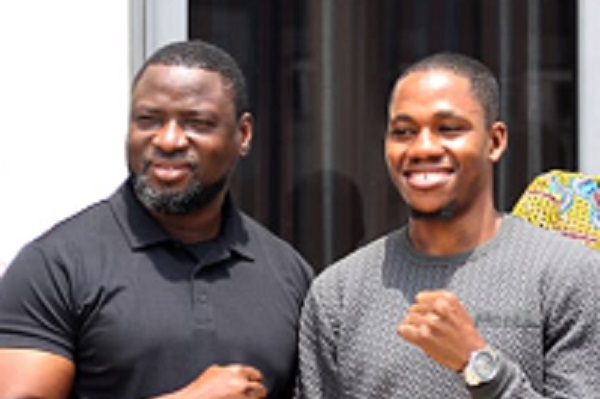 The three-year deal signed yesterday would see Mr Ayikwei, who doubles as an Executive Board member of the GBA, supporting the boxer with monthly stipends and other needs.

Announcing the partnership which was witnessed by GBA officials, Mr Ayikwei said the decision to go into management was informed by the desire to help the young boxer to realise his potential.

“It was a big decision for me to make because the behaviour of boxers in such relationships is not encouraging, but I conducted my own checks and concluded that Nartey is a disciplined boxer and is also different.”

According to him, the relationship would be more like “a father and son or one of brothers.”
“I don’t want that boxer-manager relationship