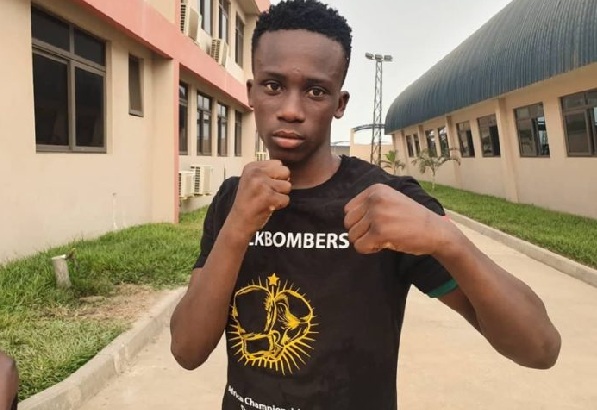 Olympic-bound Sulemanu Tetteh and Samuel Takyi have expressed worry about the poor preparation towards the Tokyo Olympic Games which could affect their performance at the global showpiece.

Tetteh and Takyi believe it will be difficult to win laurels for the state if officialdom fails to prepare them adequately for the Tokyo Games in July.

The duo have been part of a non-residential training camp with members of the national amateur team, Black Bombers, who are preparing towards the final Olympic qualifier in France.

However, Tetteh and Takyi are yet to receive the level of training required to put them in shape to make a significant impact at the Olympiad, considering the calibre of opponents who will compete at the event.

In an interview with the Graphic Sports, the 19-year-old Takyi said, “I don’t think we are having the kind of training we need to be able to make an impact on the Olympics.”

“We have to be in a residential camping by now and be going for a training tour which will prepare us adequately but that is not happening,” he lamented.

In a separate chat, Tetteh, the skipper of the Black Bombers, noted that the non-residential camping alone was not helping and, therefore, called for a residential training camp to prepare them adequately.

“We just train at the Accra Stadium and come back home and that is not enough,” he stated.

“If we are to challenge for a medal then I believe we have to do what our colleagues are doing in the other countries by going for training camps,” he emphasised.