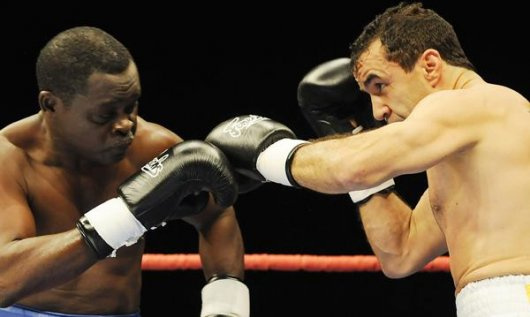 Boxing legend Azumah Nelson has condemned the World Boxing Council (WBC) for retroactively handing over to Jeff Fenech a fourth world title belt, declaring the Australian the winner of the bout with Azumah 31 years ago.

At a recent WBC convention held at Acapulco in Mexico, the WBC stated that its review panel of judges saw Fenech, 58, as the rightful winner of the bout which was held in Las Vegas, USA, in 1991. The fight was originally declared a draw.

Responding to the WBC’s decision, Azumah, 64, asserted that he duly won the fight and the decision of the ring officials were not in doubt.

Azumah also cautioned the WBC for treading on a dangerous path and setting a bad precedent that could damage their image and reputation.

“Reviewing results and awarding titles to boxers many decades after a fight is a dangerous precedent. This is happening for the first time in professional boxing and they decided to start with me. I am not worried about the decision as it doesn’t change my legacy in boxing history; neither will it change anything going forward.


“If this will help Jeff Fenech to sleep well at night, I am happy for him,” Azumah said in a statement signed by his spokesperson, Yaw Sakyi Afari.

He noted that the new direction taken by the WBC would open the floodgates for other boxers to unnecessarily petition the world boxing body to annul and challenge referees and judges’ decisions, which may not augur well for the sport.

“I rather find it a bit disturbing for the WBC as this will open the doors for many boxers to petition them over fights they disagreed with judges’ decisions many years ago. The WBC doesn’t need that pressure as this doesn’t add any value to our beloved sport. This has the proclivity to create credibility issues for the sport if not managed properly.

For the International Boxing Hall of Fame member, if the WBC wants to introduce a review panel or Video Assistant Referee (VAR) as is being done in football, then they must start with the current generation who will then have the opportunity to fight again, or have the title belt returned to the right winner and to be contested for.

“This decision by the WBC means I went to Australia in 1992 as a challenger and not the champion going to defend his title. This is very interesting,” he stated.