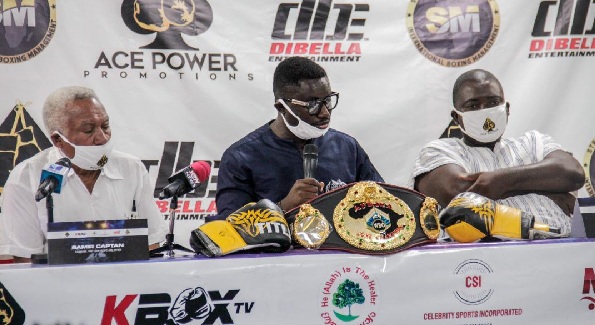 Boxing syndicate, Ace Power Promotions, has announced the cancellation of their July 10 card, dubbed "War Zone," due to "circumstances beyond their control."

In a statement issued by promoters of the bout, Ace Power Promotions, and published by BoxingAfrica.com, the bout could be slated to a later date with no exact reason being given for the cancellation of the entire card.

“Due to circumstances beyond our control, Ace Power Promotions regrets to announce that the “War Zone” card, scheduled for Saturday, July 10, at Bukom Boxing Arena, has been postponed until further notice. Our partners, DiBella Entertainment and Streetwise Management, have been informed of the situation and are being kept up to date with all developments.

“Ace Power Promotions wishes to offer sincere apologies to all those whose hard work helped put this promotion together, including the World Boxing Organization (WBO), our partners and sponsors but, most of all, the boxers who have been training hard for this opportunity.  We are working to secure a new date and will inform all parties in due course,” the statement read.

Last March, Wahab (20-0, 13 KOs), who is based in Ghana but is originally from Nigeria, signed a three-year promotional deal with DiBella Entertainment, a promotional outfit led by former HBO Boxing president and long-time boxing promoter, Lou DiBella.

This was to be the first fight under the new deal–and a major event for Ace Power Promotions.