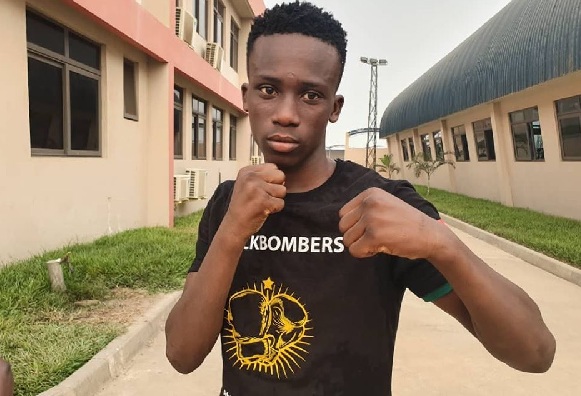 Samuel Takyi will be a beneficiary of the YEA monthly allowance

The Ghana Boxing Federation (GBF) has submitted the names of 35 amateur fighters to be considered by the National Sports Authority (NSA) for the Youth Employment Agency (YEA) enrolment.

George Lamptey, the President of the GBF, disclosed to the Graphic Sports that the amateur body listed boxers across the country to be enrolled on the monthly YEA stimulus package for athletes.

Mr Lamptey explained that the likes of Olympic-bound Samuel Takyi, Abubakar Quartey, Faruzatu Osman, Shakul Samed, Abdul Wahid Omar among others were all added to the 35 names submitted to the NSA for vetting.

“We submitted 35 athletes to the NSA for scrutiny and they are yet to be vetted,” Mr Lamptey said.

“We catered for athletes across the country and we hope they all make the cut after the vetting.

“The package is meant for fighters without any source of income so not all fighters qualify. What matters most is that most of the Black Bombers members were included on the list,” he added.

The YEA signed a Memorandum of Understanding (MoU) with the NSA last month to provide monthly stimulus packages for 1,000 athletes for the next six months.

According to the agreement, a GH¢500 monthly allowance would be offered by YEA to support 1,000 able and challenged athletes in the country.