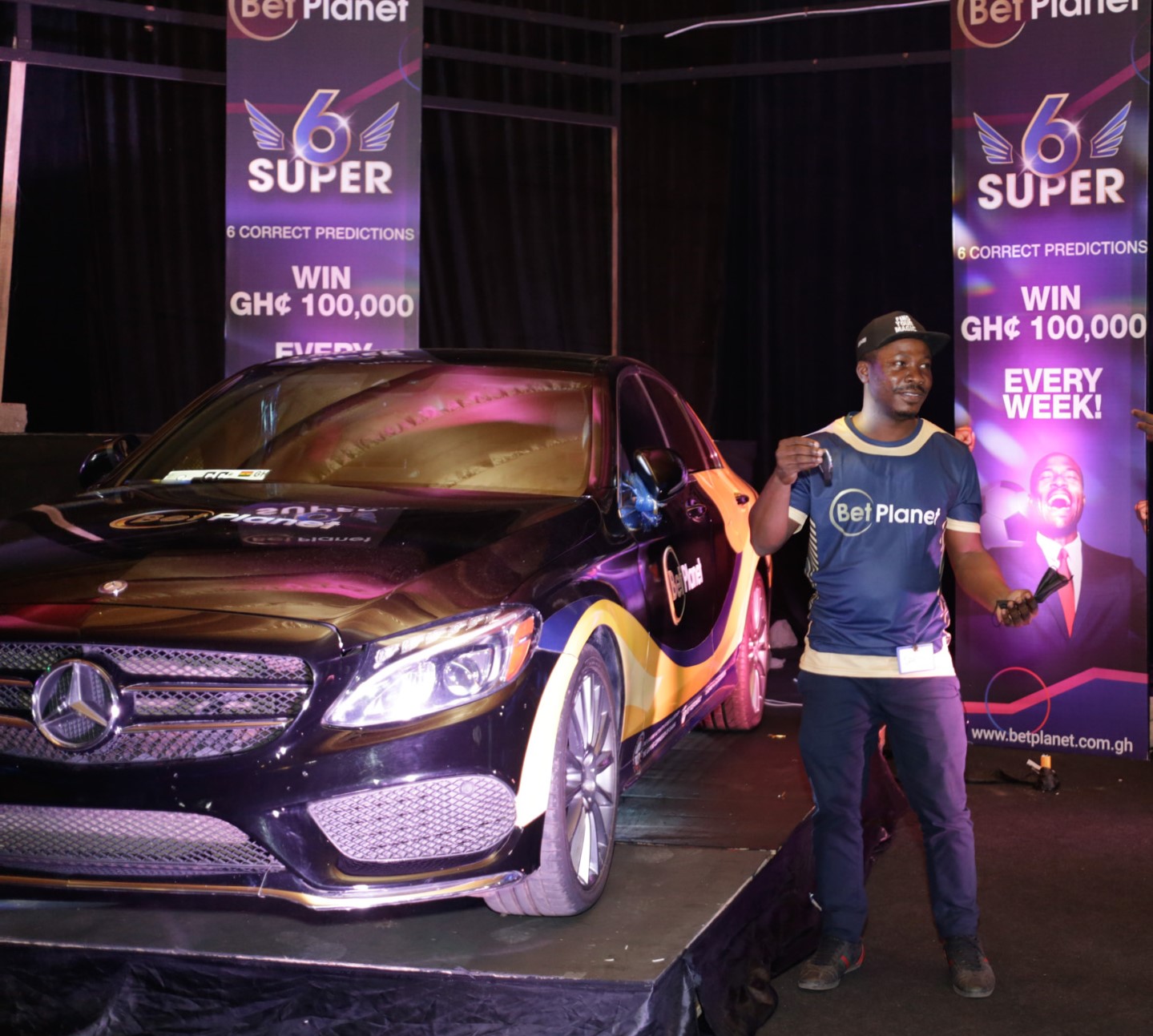 Planet Sports Limited, operators of BetPlanet, has set a record in Ghana by becoming the first betting company in Ghana to reward a lucky customer with a luxurious Mercedes Benz.

Speaking at the event, Mr. Sosthenes Galevo, Country Manager, Planet Sports Limited stated that the Golden Goal campaign is game changer in the betting industry with the sole aim of impacting on the lives of the company’s cherished customers.

“We assured all our stakeholders that on December 12, we will be giving out a sleek Mercedes for free to the winner of the Golden Goal competition and we have honoured that promise. Apart from that lucky person who won luxurious Mercedes, the remaining nine contestants are also winners with BetPlanet therefore we also rewarded them with amazing cash prizes,” he stated.

After being presented with the keys to the car, Samuel Tawiah, said he is extremely excited about winning the sleek Mercedes Benz.
He added that BetPlanet has really fulfilled his dream of owning a Mercedes Benz that he can enjoy together with his family.

Golden Goal Campaign
The BetPlanet Golden Goal promotion is a marketing campaign aimed at rewarding the brand’s loyal customers.  The campaign, which focused on allowing customers play virtual penalties for free and rewarding 10 finalists with cash prizes with the ultimate prize being a sleek Mercedes Benz, was launched on September 11, 2020.