Battle for No. 1 spot in Kotoko 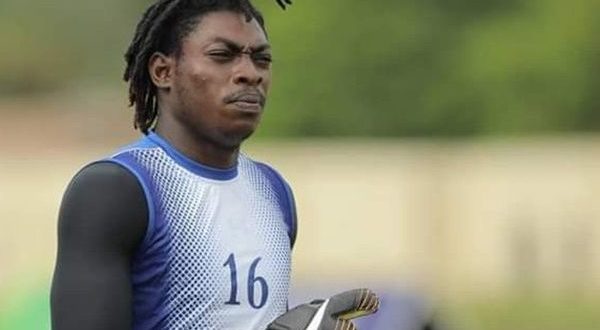 ASANTE Kotoko head coach Maxwell Konadu and his goalkeepers’ coach could face their biggest selection headache in the coming season as they ace to choose between three top national goalkeepers who will be battling for the No. 1 position when the Ghana Premier League and the CAF Champions League kicks off next month.

The signing last week of Razak Abalora might have given the Porcupine Warriors a big pool of shot stoppers which include the club’s captain Felix Annan, Kwame Baah and Black Satellites’ teenage goalie Ibrahim Danlad, but also it presents Kotoko’s goalkeepers’ coach Joe Baah a tough job ensuring all the goalies under his watch are adequately prepared for competitions which will help Konadu to pick the best for matches.

The presence of 24-year-old Abalora, who was in posts for the Black Stars in their 5-1 drubbing of Qatar last week, will enhance competition for the No. 1 position in Kotoko as Baah fights to remain the club’s first choice goalie as was the case early this year until the 2019/20 season was cancelled four months ago due to the coronavirus (COVID-19) pandemic.

As Kotoko undergo pre-season preparation in Koforidua, there will be intense competition, especially among the trip of Annan, Baah and Abalora for the No. 1 position when the club commences the league campaign against Techiman Eleven Wonders on the weekend of November 13-16.

With the expected competition, Coach Konadu will surely be spoilt for choice as Annan, 25, battles to reclaim the position he lost to Baah for a greater part of last season which saw him in posts in the first four league matches following which he was consigned to the substitutes bench for the remainder of the season as Kotoko put his faith in 22-year-old Baah.

Annan was one of Kotoko’s star performers between 2017 and 2019, but a lack of competitive matches has seen him losing his position in the Black Stars as the second choice goalie during the AFCON qualifiers last year during the reign of national coach Kwasi Appiah.

Since January 19 when he was handed the No. 1 position against Ebusua Dwarfs, Baah has cemented his place as Kotoko’s safest pair of hands, maintaining his place in 10 consecutive league matches until the league was suspended last March and ultimately cancelled two months later.

He had also dethroned his Kotoko rival as the preferred goalkeeper for the Black Meteors during last year’s U-23 Africa Cup of Nations tourney in Egypt where Ibrahim Tanko’s side finished fourth.

For Abalora, who last featured for Tanzania giants Azam FC, he returns to Ghana’s topflight three years after leaving Premier League side WAFA where he had established himself as the first choice goalie for the Sogakope-based side before seeking greener pastures in East Africa.

The 24-year-old was in post when WAFA lost 0-1 to Kotoko in the 2016/17 season in Kumasi, but this time he would be seeking to bring his international experience to bear on his new club, having worked his way into the Black Stars set-up in their last three matches against Sao Tome and Principe, Mali and Qatar.

For 17-year-old Danlad, the arrival of Abalora presents another challenge, which will demand that he works even harder to catch the eye of Coach Konadu for playing time this season. The junior national team goalie was loaned to Berekum Chelsea last season and made 14 appearances for the club before returning to Kotoko at the end of his loan spell.