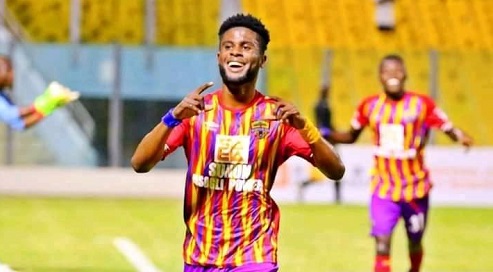 Barnieh, who was influential in the Phobians double triumph in the Premier League and the FA Cup was invited alongside, teammate Richard Attah, Dreams FC’s fullback, Baffour Philemon and Isahaku Fatawu of Steadfast FC.

Coach Akonnor said the decision to include the young Barnieh into the team was his versatility as a player who could play on the wings aside his attacking role.

He further explained that the reason why local players who were part of the last team could not find their way into this current squad was not because they were not good but because these were the players he wants to work with.

“Those who are not here it’s not because they are not good but at this point in time these are the players I want to go with.

He also said players such as Ibrahim Salifu and Benjamin Afutu of Hearts of Oak who have distinguished themselves in the local league were fantastic but did not give them the opportunity because he wanted to work with a limited number of players.

On the issue of whether it was over the goalkeeper Razak Abalora who didn’t make the cut, Coach Akonnor explained that he was part of his plans but needed to give him a break to reassess himself and come back much stronger.

“Also, Abalora is part of the team, he is not out. Sometimes you need that break and wake up and know that there is a big deal going on in Ghana. He is going to be part of us, he is not out”, the coach said.