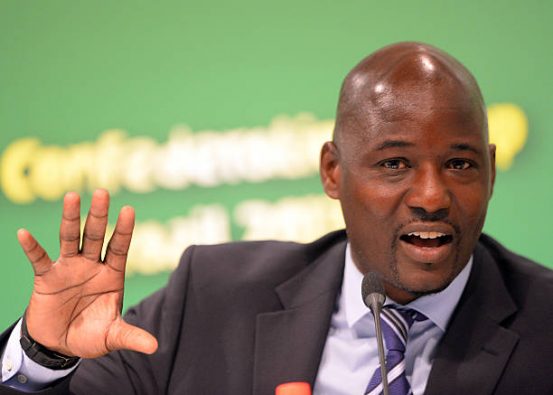 FORMER Ghana international and football administrator, Mr Anthony Baffoe, has distanced himself from the top job in Ghana football, saying he had not averted his mind to taking up such a role in the immediate future, if it became available.

He said he was ever ready to put his managerial expertise at the disposal of constituent bodies of Ghana football to help in the development of the sport.

Until recently the Deputy General Secretary of the Confederation of African Football (CAF), Mr Baffoe, said he was yet to consider putting himself for the apex job of the Ghana Football Association (GFA) despite having risen to the top of football administration on the continent.

Instead, the 56-year-old who resigned from the CAF role on June 30 after four years in charge of football development told the Daily Graphic that he was currently committed to strengthening the Professional Footballers Association of Ghana (PFAG), which he helped to establish, to continue championing the welfare of its members.

However, he pledged his commitment to helping in the development of Ghana football by placing at disposal of the GFA his expertise acquired over the years from his playing career and administrative work with both football's world governing body and at CAF.

''For now, I don't have any ambitions to become an FA president; people asked me the same thing during Kwesi Nyantakyi's time and for now I am very happy with what I am doing, my life is fulfilled.

"I just finished four years serving at the highest level of African football so I am fine. I told the GFA I am there if they need me, I'll be ready to support," he stated.

He said he believed that the current GFA administration, headed by Mr Kurt Simeon-Okraku, was working and must be given the needed support to deliver on their mandate, insisting that some of their decisions might be unpopular but Ghanaians should wait to see what they were able to do for the rest of their tenure.

"They [GFA] are working, they've been around for two years and the next two years also are going to be very important. Definitely, when you come to the FA you'll never keep the same team. You make some changes, which are also unpopular and which is normal as a leader. But generally, let's see what happens in the next two years," he said.

Mr Baffoe, who in 1991 became the first player born outside Ghana to feature for the Black Stars, during the 1992 AFCON qualifiers, denied media reports that suggested he was in talks with Accra Hearts of Oak to take over the vacant Chief Executive Officer (CEO) position.

The man, who has served as the General Coordinator of major global competitions, including the FIFA of the 2014 FIFA World Cup in Rio, appeared surprised by the media reports linking him with the Phobians and emphasised that he had never been contacted by any official of the club, neither was he interested in taking up that job because he remained focused on building the capacity of the PFAG.