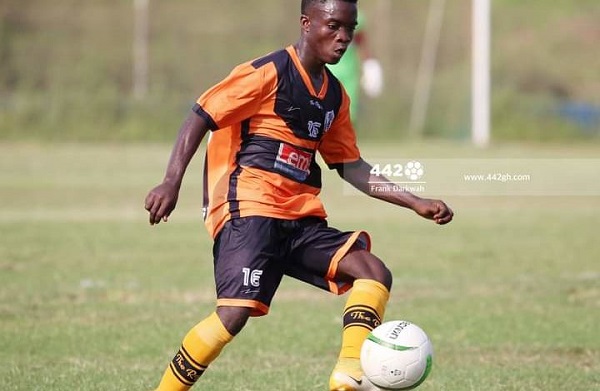 The manager of Legon Cities wonder kid, Matthew Anim Cudjoe, says he is yet to take a firm decision on the player’s future with the club even though his contract will run out at the end of the season.

Cudjoe joined on a season-long loan spell from Kumasi Asante Kotoko but it is uncertain if he will extend his stay with the Royals or seek other opportunities in Ghana or in Europe.

The player's manager and GFA Executive Council member, Samuel Anim Addo, told the Graphic Sports that all options are open regarding the future of the player at Legon Cities.

“I have not taken any decision yet, but I will let you know once any new decision is taken regarding the player’s continued stay with the club,” he said.

The youngster caught national attention during his spell with Asante Kotoko

Cudjoe, who made the headlines during his spell with Kotoko before a sensational move to big-spending Cities, has 10 league appearances and scored just one goal for under Coach Bashir Hayford's side in what has been a relatively quiet season for the starlet.

The diminutive attacking midfielder has been linked with a number of European clubs since he burst onto the local scene two seasons ago, following which he had the opportunity of undergoing trials with the youth side of Bundesliga giants, Bayern Munich.

However, Mr Addo says there has been interest other interest from Europe for the signature of the 17-year-old player and was weighing up the offers before making a decision. 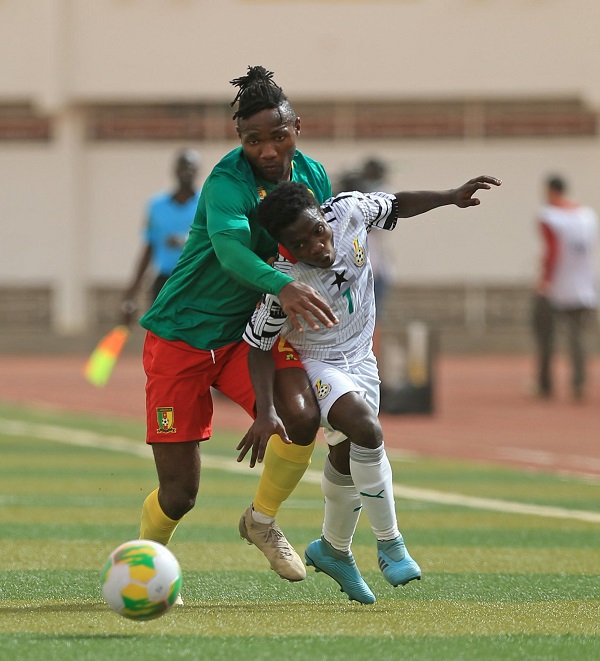 Cudjoe was part of the Black Satellites side that won gold in the Under-20 African Championship in Mauritania early this year.

Meanwhile, Asamoah Gyan’s one year contract with the club is expected to end at the end of the season, but it is unclear if the club will offer any contract extension considering his ineffectual contribution to Legon Cities since joining at the start of the season.

Gyan, who also joined the club last November for an undisclosed fee, has also made just six league appearances for the club without scoring a goal.

Mr Addo, who is Gyan's local manager, refused to be drawn into the future of the 35-year-old former Ghana captain who is at the twilight of his career.