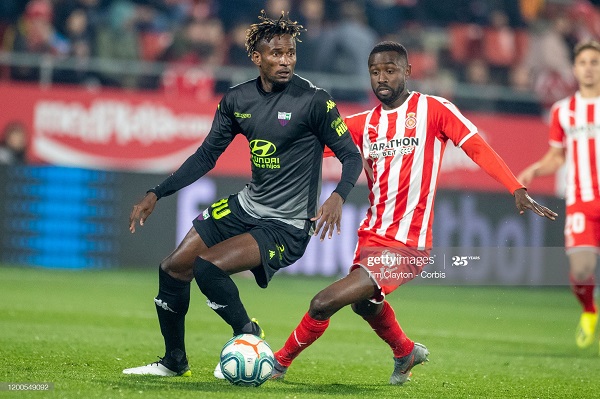 Relegated French Ligue 1 side Amiens are in talks with Extremadura over the possibility of signing Ghana Black Meteors midfielder, Emmanuel Lomotey.

The 22-year-old central midfielder was one of the bright spots in the Extremadura side as he made 21 league appearances for the club who failed to survive the Spanish second-tier league.

The player has already caught the attention of many European teams, including Fehervar SC, Albacete, Braga, Hamburg SV, and FC Metz who are all ready to sign him this transfer window.

Graphic Sports Online can exclusively reveal that negotiations between Extremadura and Amiens started last Thursday and the French side are ready to pay the player's buyout clause of 500,000 Euros.

Lomotey joined Extremadura from Ghanaian Premier League outfit Dreams FC in the summer of 2017 and played for the under-19 team before being promoted to the senior team a season later.

During the 2018-2019 season, he played on loan at the second team of Villarreal before returning to Extremadura for this ended campaign.