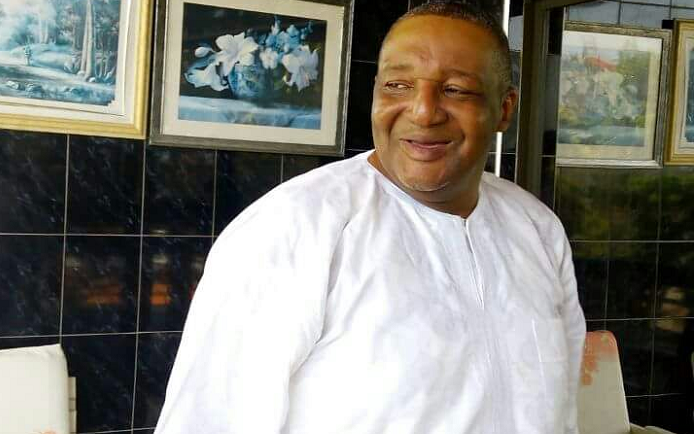 The President of the Ghana Olympic Committee(GOC), Ben Nunoo Mensah says he will take a careful consideration into the Martha Bissah issue and liaise with the Youth and Sports Ministry to revoke her ban.

He pledged to look into all issues bedeviling individual athletes in the various national federations and settle teething problems of athletes.

“My focus now is the Tokyo preparations and athletes welfare is also my priority, the Martha Bissah issue will be carefully looked into and we will revoke her ban when I meet the minister,” he stated.

The Martha Bissah issue has been pending at the ministry. It could be recalled that former Sports Minister, Isaac Kwame Asiamah directed the GAA to deal with it and ensure justice for Martha Bissah but nothing happened after his directive.

His comments follows the admonishing of  Mr George Haldane Lutterodt, the former president of the GAA who is urging the new Nunoo-Mensah administration to rein in the excesses of the current GAA leadership and ensure Martha Bissah returns to the athletics body to compete for the country.

“ His first term, he faced some stumbling blocks as elements against Martha were still with the GOC, he now has a clean sweep and a united front so he should endeavour to make Martha compete for Ghana,” he told the Daily Graphic in an exclusive interview in Accra yesterday.

Just after the 2015 All Africa Games, Bissah was placed on ice by the GAA for insubordination and indiscipline, a claim she has rejected and labelled it as victimisation for bringing the ills within the GAA to the fore.

“ Just as happened in South Africa when Athletics South Africa decided to ban Caster Semenya for higher testosterone, the South Africa Olympic Committee immediately halted the ban to ensure sanity and orderliness,” Mr Lutterodt, who is also an economist and peace ambassador, noted.

Last year, Martha Bissah told the Daily Graphic she was unwilling to yield to the demands of the GAA who are asking her to render an unconditional apology for comments she made agains the GAA that occasioned her ban which is in the sixth year.

However, the nation’s only Olympic gold medallist at the junior level says she can’t and won’t apologise for the truth which she spoke on that day.
That said, Mr Lutterodt believes it is about time Nunoo Mensah called the GAA to order and challenge their authority over the truncation of the athlete’s future.

“ Martha is a national and a GOC asset, she is an Olympian and the GAA acts as an agent of the GOC, her ban is a blot and a black hole for the reputation of Ghana and the GOC so far as athletics is concerned,” he told the Daily Graphic.

Meanwhile, Mr Lutterodt has questioned the credibility and integrity of the current leadership of the GAA. According to him, all members of the GAA who were put forward to contest the GOC elections lost miserably.

“ This clearly suggests that athletics has lost credibility as the mother of all sports," he stated

He congratulated Ben Nunoo Mensah and charged him to speed up the preparations for the upcoming Olympics. “ We are behind time and we must faster the pace of our preparations , “ he noted.