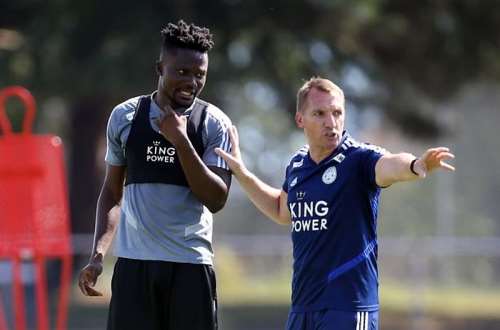 Leicester centre-back Daniel Amartey has been praised by manager, Brendan Rodgers, for his sterling performance during their Community Shield game.

The Foxes beath Manchester City 1-0 to lift the cup ahead of the commencement of the English Premier League next week.

The Ghana international was used in place of Wesley Fofana who got injured during a challenge with Villareal forward Fer Nino, during a per-season friendly game on Wednesday.

Even though the Leicester manager agrees Fofana’s injury has called for the signing of a new centre-back, Partey’s contribution on the day was outstanding.

"Whatever I have asked Daniel to do he has always done so with great commitment," added Rodgers. "His attitude is first class and he's very much a team player. He was outstanding today," Rodgers said.