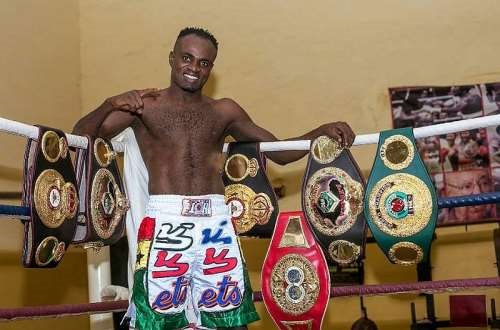 He argued that Tagoe, 33 (33-1-0), has grown to become who he is today because of his dodgy, hit-and-don’t-get-hit ringcraft and overbearing nature in the ring.

“Tagoe will redefine boxing in Ghana through this fight; he will shock everyone with his display. I have never seen any fighter with grit like Tagoe,” Alhaji Tofik told Graphic Sports in a telephone interview in Accra last Thursday.

Alhaji Tofik, who is also an executive management member of the Ghana Boxing Authority (GBA), believes this is the time for Tagoe to shine and therefore entreated him to be steadfast and strong in the ring.

“He shouldn’t waver, he must be very strong, he must not relent and not fear Garcia; he should match him toe-to-toe,” he stressed.

He also charged Tagoe to listen to his trainers, pay attention to instructions and respect the decisions of his technical team.

Alhaji Tofik believed this is the last chance for Tagoe to annex a world title in his long sojourn in the United States and bring glory to himself and also leave a lasting legacy.

“This is his last chance in getting closer to the world title so he must not let it slip by, but must ensure he fights his heart out,” he added.

The bout against one of the most talented fighters in the lightweight division is Tagoe’s second since relocating to the US two years ago. It is expected to offer the Ghanaian an opportunity to make a statement if he wins.