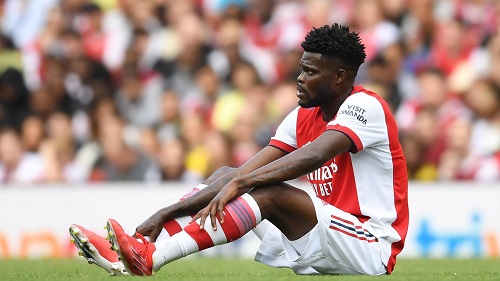 Black Stars gaffer, Charles Kwablan Akonnor, has defended the decision to include injured, Thomas Partey, to the 30-man squad for the Black Stars.

The deputy skipper got injured while playing in a preseason game for Arsenal against Chelsea but the coach insisted that he was monitoring the player and could be fit for the team.

Coach Akonnor said he has been in constant touch with the Arsenal midfielder and it appears the 27-year-old was recovering well that was why he decided to give the player the benefit of the doubt.

He explained that the squad would be whittle down to 25 and if Partey does not get better by the time of the game, he would be replaced by the other invited players.

The Coach said Partey was very influential and an important player to the team who must not easily be brushed out and added that when he was fit he is indispensable for the national team which explains why he must be part of the team.

“With Partey we are monitoring, I spoke to him yesterday and it’s clear when he is fit, he’s an important player and he can join us. Partey’s situation is dicey and not conclusive”, the coach said.