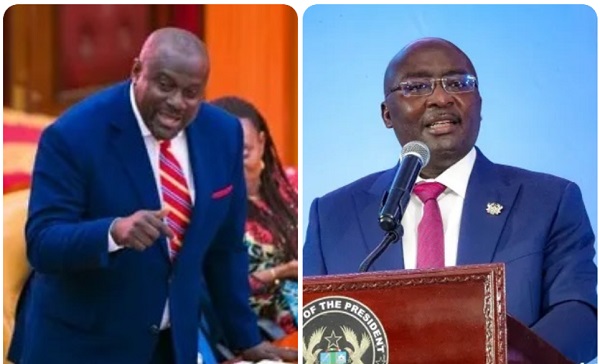 You cannot discount the contributions of Dr Bawumia to the NPP - Mark Asibey Yeboah
30.5k Shares

A leading member of the New Patriotic Party (NPP), Dr Mark Asibey Yeboah, says the contributions of the Vice President, Dr. Mahamudu Bawumia, to the governing party cannot be discounted.

Speaking on Asempa FM's Ekosii Sen programme on Tuesday afternoon on the upcoming flagbearership contest of the NPP, the former MP for New Juaben, acknowledged the efforts of Dr. Bawumia to the party and also expressed confidence in the Vice President to become a good President.

"He (Dr. Bawumia) has paid his dues to the party," said Asibey Yeboah, who cited the dramatic turnaround of the NPP's fortunes since Dr. Bawumia emerged, to buttress his point.

Dr. Asibey Yeboah also backed Dr. Bawumia to become a good President if given the nod, citing his performance as Vice President, which he said is limited, in terms of decision-making.

"He has done his bit, and for me when I look at his CV, he will be a good president," added the former Chairman of the Finance Committee of Parliament.

"I think with the kind of CV he boasts, he will be a good President if he is given the nod."