Work on Daboya bridge to commence this year – Bawumia 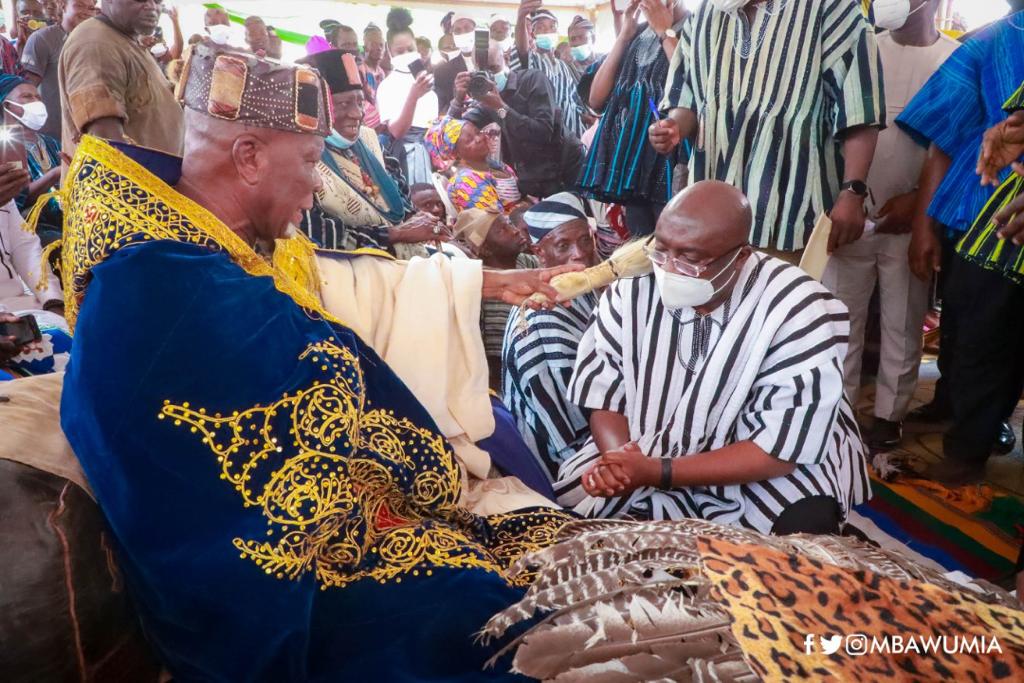 The Vice President, Dr Mahamudu Bawumia, has assured the chiefs and people of northern Ghana, especially residents of the Savannah Region, that work on the Daboya Bridge would begin this year.

When constructed, the Daboya Bridge, spanning the White Volta, would be a critical link in the commercial and everyday life of people in the eastern parts of northern Ghana, and is designed to serve as an alternative route for travelers from the north to the south and from the Savannah region to the Upper West Region.

Speaking at Bole in the Savannah Region on Saturday (April 3, 2021), Vice President Bawumia indicated that Government is committed to constructing the Daboya Bridge, as well as undertake various infrastructure works in the Region in order to accelerate the socio-economic development of the area.

"The Government of President Akufo-Addo has over the past four years completed over 600 infrastructure projects in the Savannah region (captured in the delivery tracker ) and will do even more to accelerate the development of Gonjaland and northern Ghana in general.

"One project that is very dear to my heart and the government is the construction of the Daboya bridge, I have been informed that design works are ongoing and barring any unforeseen challenges, work will begin this year," he announced to loud applause.

Vice President Bawumia made the announcement at the 45th Annual Congress of the Gonjaland Youth Association, which brings together all youth living in Gonjaland, irrespective of their tribe.

The Congress, which was graced by the presence of the Chiefs of Gonjaland, was attended by sons and daughters of Gonjaland from far and near including Hon Samuel Abu Jinapor, MP for Damongo and Minister for Lands and Natural Resources.

Emphasising Government’s commitment to the infrastructure development of Gonjaland, Vice President Bawumia outlined a long list of projects undertaken over the past four years, with a promise of more in the near future.

“Gonjaland has witnessed significant infrastructure development in the first term of the Nana Addo Dankwa Akufo Addo government. Government completed 631 projects in the area of education, energy, health, water and sanitation, agriculture, youth and sports, housing among others. Some 155 other projects are currently on going.

“These projects together with the several others are geared towards improving the living standards of the people of the Gonjaland. We are focused on providing quality drinking water, quality education, supporting local economic activities and creating jobs and stimulating the potentials of the youth. The government will continue to provide the enabling environment and the needed infrastructure in order to open up the region.

Vice President Bawumia reminded the youth of that they are the pivot around which the accelerated development programme of the government revolves, adding that it is for this reason that Ghana’s post-COVID-19 recovery plan (Ghana Cares Programme) focuses key projects on attracting educated youth into commercial agriculture as well as promoting engineering and ICT industries.

Government, he pledged, will give the needed attention to the Savannah Region to stimulate local economic development. “I call on all citizens of Gonjaland, wherever you are, to channel your resources towards investing in the opportunities in the area. It is now time to focus on the development of our people.”