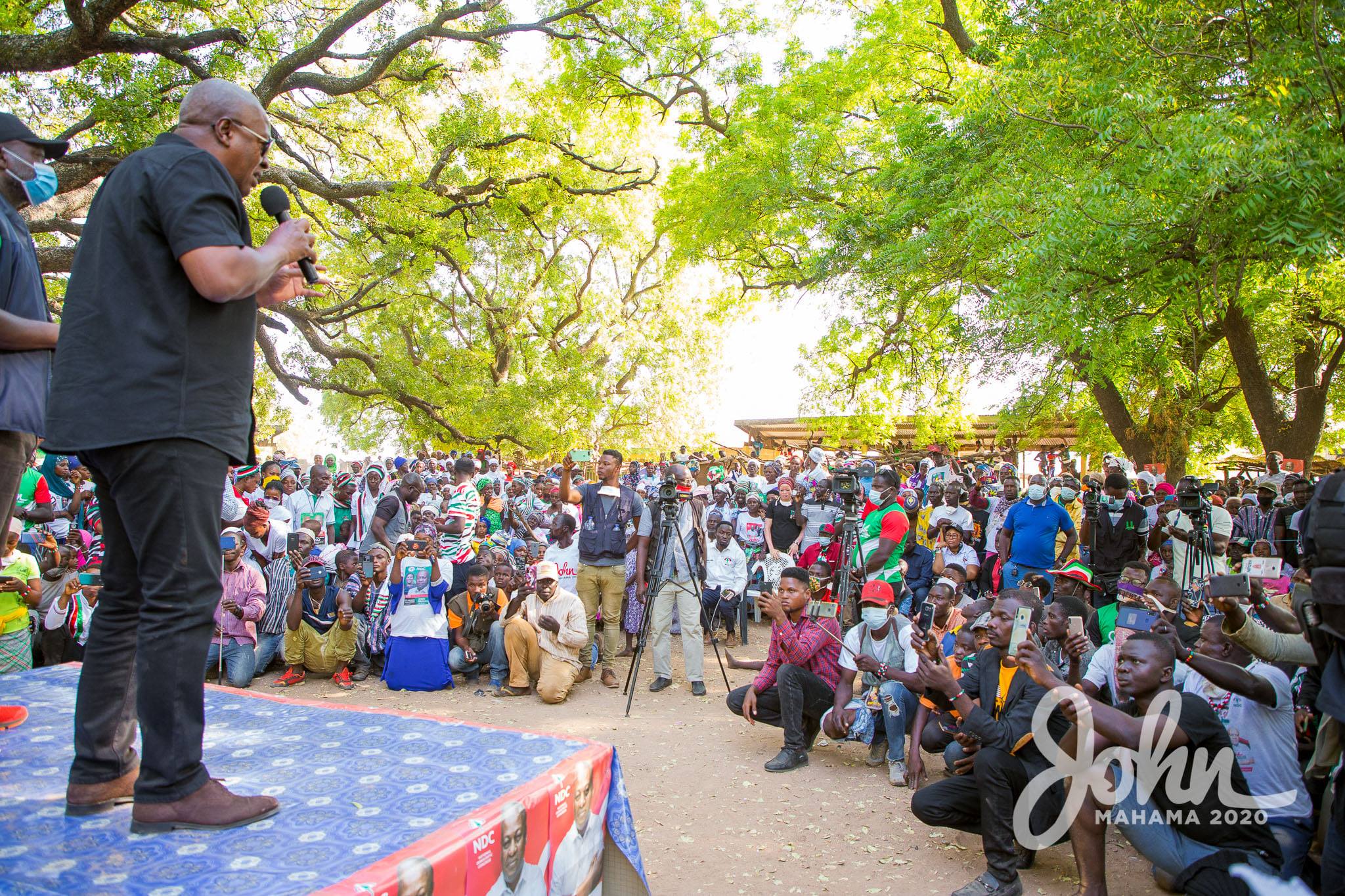 The Presidential candidate of the National Democratic Congress (NDC), Mr John Dramani Mahama, on Thursday [November 26, 2020] assured the Overlord of Dagbon that the next NDC government will address all outstanding issues in the Kingdom.

Even though the former President was happy that peace and unity has finally prevailed in the Dagbon area, he pledged the cooperation of his administration when elected in the December 7, 2020 presidential election to promote development in the area.

Mr Mahama made the assurance when he paid a courtesy call on the Overlord of Dagbon, Ya-Na Abukari II at his palace on Thursday, as part of his campaign tour of the Northern Region.

The NDC government, Mr Mahama said, has a proven record of providing development projects in the Yendi area, especially as it connected many communities to the national electricity grid, built CHPS compounds and invested in educational infrastructure.

He was however concerned that the present regime has failed to continue the projects that were initiated by the NDC government before leaving office in 2017.

Some of the abandoned projects, Mr Mahama said, include the Yendi Town Water Supply System, the District Hospital and the Eastern corridor Road.

He said the NPP government over the last four years has shown that it is high on rhetoric and low on performance.

Mr Mahama said Ghanaians deserve better than a government that just talks, adding the NDC is ready to dislodge the Akufo-Addo regime and provide prosperity for all Ghanaians, not just a few members of the President’s family and friends.

He said when elected, he will go back to his plan to provide the people of Yendi and its surrounding areas with a brand new hospital and a reliable water supply system.

For his part, the Minority leader, Mr Haruna Iddrisu, said Mr Mahama will not only celebrate the unity of Dagbon but also honour the dignity and pride of the Dagbon skin.

The Overlord of Dagbon, Ya-Na Abukari II expressed his gratitude for the visit and wished Mr Mahama well in his campaign.