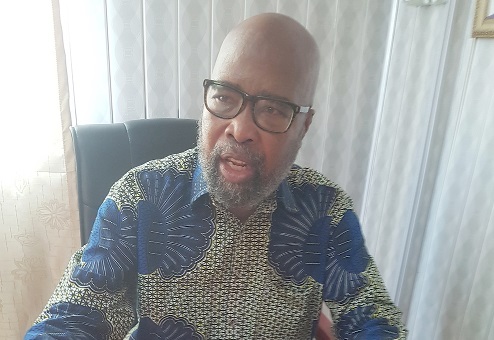 The leader of the Great Consolidated Popular Party (GCPP), Dr Henry Herbert Lartey, has said the party has what it takes to turn the socioeconomic fortunes of the country around.

He has, therefore, called on Ghanaians to vote massively for the party in the 2024 general election to take the reins of power to implement its policies that would make the country self-sufficient.

In an interview with the Daily Graphic in Accra, Dr Lartey said the GCPP since its formation over the years had been propagating the ideals of self-sufficiency and if that was accepted by the citizenry “we would not have been where we are now as a nation”.

“The GCPP is poised to change this situation when given the mandate to serve the good people of Ghana in the 2024 elections,” Dr Lartey stated.

“The GCPP is the Third Force in our political arena, so we should have been in governance by now, but the electorates have failed to offer us that glorious opportunity over the years.”

“However, considering the dwindling fortunes of the economy caused by both the National Democratic Congress (NDC) and the New Patriotic Party (NPP), the electorates will now see the need to offer us their mandate in the next general election,” Dr Lartey stated.

Expressing concern about the slow pace of development since the Fourth Republic was established over three decades ago, Dr Lartey said had the electorates been sincere with the GCPP and offered their mandate to his party, Ghana would have been self-sufficient by now and would not have been relying on donor countries to develop the country.

“The present socio-economic mess being experienced in the country was created by Ghanaians for failing to vote the GCPP into power since the party was established, so they should not blame anyone for the present mess they are going through,” he bemoaned.

On the way forward, Dr Lartey said the GCPP had been putting all structures in place from the national to the zonal levels to enable the party to begin to elect its leaders to start the 2024 electioneering with a bang.

He said unlike the NPP and NDC that had always won elections through numerous campaign promises, the GCPP would focus its attention on farmers and the youth with the view of building their capacity for them to be proficient in the production of cash and traditional crops for local consumption and exports.

“If we are able to support farmers to expand farming and embark on export of their products to generate foreign exchange, they can create jobs for the youth to reduce the unemployment rate that has become a national canker,” he stated.

Turning to the youth, Dr Lartey said it was important for them to appreciate that with the GCPP, they would have a government ready to offer them opportunity to develop their potential to the fullest for their own benefit and that of the nation.