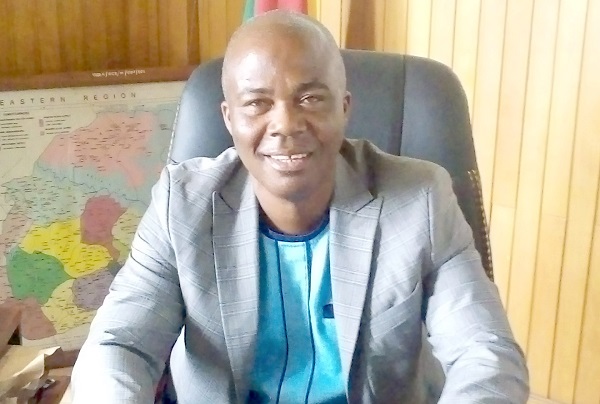 The Yilo Krobo Municipal Chief Executive (MCE), Eric Tetteh, has said the days when partisan politics divided the people of Yilo Krobo municipality and the traditional area as a whole will be over in the very near future.

He said the municipality was endowed with human and other resources that would promote the development of the area if the people came together in unity devoid of either chieftaincy or political ambitions.

“We have allowed partisan politics, especially New Patriotic Party (NPP) and National Democratic Congress (NDC) as political parties issues, as well as chieftaincy issues, to divide us at the expense of our development,” he said.

“When it comes to party issues, we all have one of these parties that we support, but we must do that briefly during our campaign time and as soon as the elections are over, then we must think of Yilo Krobo and not NPP or NDC,” he stated.

Mr Tetteh said this in an interview with the Daily Graphic following the successful hosting of the maiden Homecoming Summit of the people of Yilo Krobo.

The summit organised by the Yilo Krobo Municipal Assembly in December last year at Somanya was on the theme: ‘’Yilo Krobo beyond partisan politics: Harnessing our potential.”

It was aimed at bringing indegenes of the area together to brainstorm about the development of the area.

Explaining the reason for the summit, Mr Tetteh, said he as the leader of the assembly, saw the need for unity of all Yilo Krobo citizens and all other non-Yilo citizens who were in the municipality and the traditional area to come on board to develop the area.

He explained that he had been in politics for over 20 years as Yilo Krobo Constituency Organiser of the NPP, he had been to every part of the municipality and also as a government appointee for 10 years and that put him in a better position to see how partisan politics had divided them at the expense of development.

“When I was appointed as the MCE, I realised that the municipality, for that matter, the traditional area, had a lot of potential such as human and material resources which when tapped can enhance development faster. I can mention few people who distinguished themselves. They include the former Finance Minister, Seth Terkper, and the former VRA Chief Executive, Kirk Kofi, among others.

“But the challenge is that whenever any particular government is in power, then we don’t want to have anything to do with that government even though we may have brilliant ideas that can propel development,’’ the MCE stressed.

The MCE stated that another issue that prompted him to have organised the Homecoming Summit was the fact that most of the people from the area found themselves at places where they could lobby and bring development to the municipality, adding ‘’ that made me to bring the idea I have nursed out and located our people wherever they were’’.

Mr Tetteh said he realised that if the ideas were put into action and it materialised, it would lessen the financial burden on the assembly, whereby management of the assembly could focus on other developmental needs of the people.

He said what motivated him most was the fact that one of Yilo Krobo citizens, Hans Djaba, was able to single-handedly use pavement blocks to construct the road around the Somanya Central Market at the Roundabout and another chief at Ogome, a suburb of Somanya, also constructed a road in his area, and they needed to be commended.

He said based on the self-sacrifice of the two Yilo Krobo citizens, he believed that if the partisan politics and the chieftaincy issues were thrown away, they could come together and harness social projects such as schools, sanitary facilities, health facilities, among others, all in the name of development of the area.