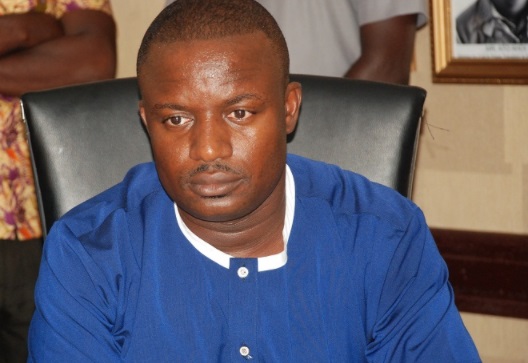 The National Democratic Congress (NDC) Member of Parliament (MP) for Yapei/Kasawgu, Mr John Jinapor says the Minority Members of Parliament should not be blamed for failing to get Parliament to reject the government's Budget Statement and Economic Policy for the 2021 fiscal year as they had earlier touted.

According to him, three MPs from the Minority side were absent in the House for various reasons and that, one was down with COVID-19 and battling to survive.

Another, Mr Kpodo has lost the mother and was burying her today [Friday] and the other one was unable to make it to the House on time for the vote.

Explaining why it was 134 MPs instead of the 137 from the Minority NDC side in Parliament on Friday [March 19, 2021] in a radio interview with Accra based Citi FM monitored by Graphic Online, Mr Jinapor said the minority side should not be accused of failing in their decision to reject the budget.

He said majority of them [from the Minority side] contracted COVID-19 because of how they interacted on the night [January 6, 2021] they elected the Speaker of Parliament.

He said many of them contracted the deadly disease because of the "push and pull" on that night in their attempt to ensure that they got their favourite candidate elected as Speaker.

He cited himself as an example of one of them who contracted COVID-19 and has recovered.

Parliament on Friday approved the Budget Statement and Economic Policy for the 2021 fiscal year, after heated arguments from both sides of the House.

The Minister of Parliamentary Affairs and leader of Government Business in Parliament, Mr Osei Kyei-Mensah-Bonsu on Friday, March 12, 2021, presented the 2021 budget detailing the government’s programmes and policies for the year.

He did that in his capacity as an Interim Minister of Finance after President Nana Addo Dankwa Akufo-Addo last week assigned him that additional responsibility.

There was a heated debate between the two sides before the budget was approved Friday afternoon.

The minority side had declared vehemently that the budget ought to be rejected.

But after the debate and the Speaker put the motion to a voice vote, the Majority side won with 137 votes against 134 votes from the Minority side.

Explaining in the Citi FM interview, Mr Jinapor said: "I don't think we can be held so much liable and create the impression that every vote in the chamber, the NDC minority must necessarily win. We wish we had everybody, but at least everybody present voted in line with the party's position because this time unlike the secret ballot, the Chief Whip and the Minority Leader whipped everybody in line, and ensured that you vote for everybody to see the direction you voted."

Clarifying the absentees he said he know that at least for Mr Kpodo, "he has lost his mother, and he was burying the mother today. I know that a colleague of mine, who is on the minority side is currently in hospital battling to survive."

"I do know that both sides, I contracted COVID, let me say that I contracted COVID and I have recovered, it doesn't mean that everybody has recovered, but I'm saying that out of the three that we couldn't account for or couldn't vote, one is not well, one is lost the mum and burying the mother, the other was supposed to be joining us just like the Fomena MP but both of them lost out in terms of the timing, so the Fomena MP for the NPP side couldn't join us and then one of our colleagues was also struggling to come and join us but he had an issue on the way and couldn't also join us, so that is what happened.

But assuming everybody was present, and we were all available both NPP and NDC, we still might not have carried the day because this is not the secret ballot and normally everybody ensures that they whip their members in line."

Mr Jinapor insisted that the treatment of the figures in the budget, especially above the line and below the line figures, "we disagree with the way they were treated. I do recall that the Majority Leader, Kyei-Mensah-Bonsu agreed with our position and stated that, that will be corrected in the 2020 budget going forward, the Ranking Member and the Minority Leader, Haruna Iddrisu insisted that, that should be corrected this year. The Majority Leader gave his word but at committee level."

"I think one other thing has to do with some taxes that he also mentioned, so those were the issues but it was a collective decision by the Minority but normally when we take a position, all of us try to vote for our position, canvass for the various positions and you saw the results at the end of the day."