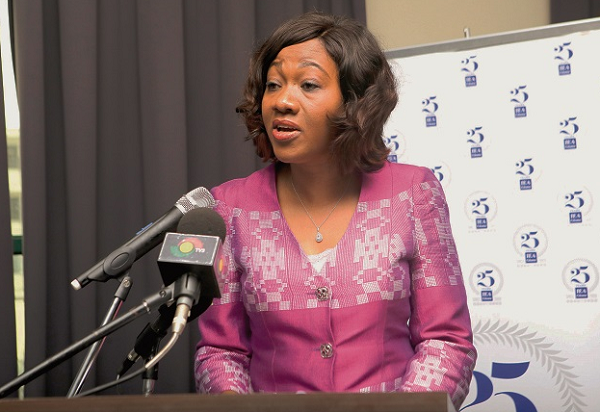 The Electoral Commission (EC) says it is waiting for an official communication from Parliament regarding a by-election at Assin North Constituency.

Once it receives the communication, the EC will be ready to conduct a fresh election in the constituency as part of its constitutional mandate.

A deputy Commissioner of the EC in charge of Corporate Services, Dr Bossman Eric Asare, disclosed this in an interview with the Daily Graphic yesterday.

“As we speak, we have not received any official correspondence from Parliament. We will act on any correspondence we receive as contained in the law,” Dr Bossman stated.

A by-election is likely at Assin North following a court order restraining Mr James Gyakye Quayson from holding himself as Member of Parliament (MP) for the area.

The Cape Coast High Court last Wednesday annulled the December parliamentary election in the Assin North Constituency, stating that Mr Quayson did not qualify to contest the election and called for a rerun.

The court, in its ruling, said the election of the first respondent was illegal, void and in contravention of Article 94 (2) of the Constitution.

It said Mr Quayson held allegiance to Canada as of the time he filed his nomination to contest as a parliamentary candidate for the 2020 general election.

The Presiding Judge, Mr Justice Kwasi Boakye, said Mr Quayson was, therefore, not qualified to contest the election because the certificate denouncing his allegiance was issued in November 2020 while he filed to contest in October 2020.

The development has reduced the number of parliamentarians of the National Democratic Congress (NDC) from 137 to 136, which gives the New Patriotic Party (NPP) a slim majority of 137 plus one Independent candidate.

Dr Asare said the EC as an institution was ready to conduct elections or undertake any official assignment anytime.

The seat was firmly held by Mr Kennedy Agyapong from 2000 until Assin Central was carved out of the constituency in 2012, which went to Mr Agyapong.
Since then, the Assin North seat has become a swing seat.

The seat was first won by NDC's Samuel Amber with 14,338 votes, representing 51.64 per cent in the 2012 parliamentary election.