Volta Region has no major project under NPP government — NDC 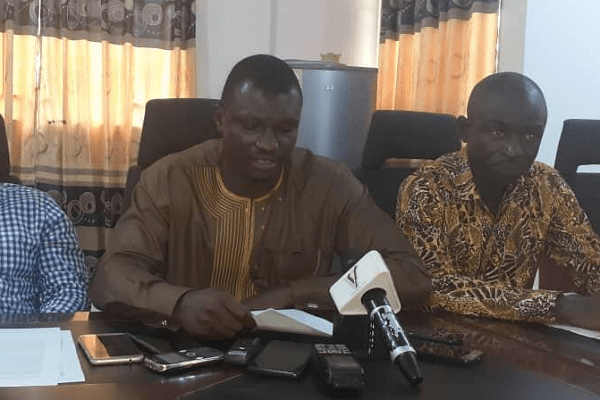 The National Democratic Congress (NDC) has accused the New Patriotic Party (NPP) government of its inability to state any major development project it has initiated in the Volta region.

The party said the assertion of President Nana Addo Dankwa Akufo-Addo that Ghana was stagnant under former President John Mahama was untrue because the Volta Region benefited immensely from major projects, including roads, schools and health facilities.

At a press conference addressed by party's Regional Communication Officer, Mr Kafui Agbleze in Ho, the NDC said the current government could not point to any major project in the region it had put up since assuming power in 2017.

“This is amply demonstrated by his inability to inaugurate any major project during his tour of the region," he said.

The accusations come on the back of the President’s recent two-day tour of parts of the region, an event the NDC said the President failed to use in pointing out key projects accomplished by the New Patriotic Party (NPP) in the region.

According to Mr Agbleze, the Volta Region was yet to benefit from the government’s flagship One District, One Factory programme and that there was not at least one factory that had been established in any of the districts in the region.

"Unfortunately, the President could not mention any, neither is there any evidence on the ground that one has been established," he said.

He said  though President Akufo Addo’s visit to some private farms and a factory in the Adaklu district was not a “bad idea”, the party would have rather loved to see the President exude similar enthusiasm towards his flagship programmes in the region.

President Nana Addo, he said, had failed to transform the Ketu North and Ketu South Districts into industrial zones as promised in May 2016.

Mr Agbleze said having been  in power for almost three years, the two areas were yet to take delivery of the vibrant industry promised them.

"We expected his recent visit to Ketu South to be used to inaugurate the industrial zone or the people in these areas to witness the progress of work in respect to the promise made to the good people of Ketu," Mr Agbleze said.

He also cited several road projects which were actively under construction during the Mahama administration, adding that the Akufo-Addo led government had stopped them just for the sole purpose of auditing contracts awarded under the NDC government.

“These projects have been abandoned because the Nana Akufo-Addo led government thought the cost was inflated,” he said.

According to Mr Agbleze, the NPP government had spent more $10 million to audit contracts with no report to show Ghanaians.

He said not only road sector projects were abandoned, but projects under health, water and sanitation sectors had all been left uncompleted.

Mr Agbleze recalled that a few weeks ago there was a documentary on some people in the Central Tongu community who were sharing their water source with animals.

This unfortunate situation, according to him, could have been averted if the Nana Addo government had not abandoned the third phase of the water project which was at the distribution phase in the district.

“A completed abattoir located at Sokode in the Ho Municipality has been abandoned and currently overtaken by weeds despite several warnings by the health directorate,” he stated.