US pleased with Ghana’s political climate 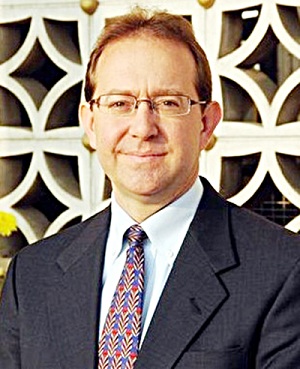 The United States of America is pleased with the political situation in Ghana, especially with regard to the current election petition challenging the outcome of the December 2012 presidential polls in court.

Deputy Assistant Secretary, Public Diplomacy and Public Affairs, African Affairs of the US Department of State, Mr Michael Pelletier, said “it shows that the institutions are working in Ghana and people have confidence in the institutions.”

Mr Pelletier said this in an interview with the Ghana News Agency at the US Department of State building in Washington DC on Saturday after meeting with 2013 Spring Professional Fellows to address US-Africa foreign policy issues.

Professional Fellows are up and coming and mid-level emerging leaders, who are competitively selected from across the globe by partner agencies of the US Department of State to come to the US and work with US public and private institutions and NGOs with the aim to broadening their expertise as well as understanding of American society.

For this year’s Spring programme, 220 professionals in the areas of legislation, economics and media were selected from over 40 countries, including Ghana, China, Peru, Costa Rica, to participate in the event where they spent four weeks working with various US institutions.


Some people had suggested that the ongoing election petition case at the Supreme Court might affect investor confidence in Ghana but Mr Pelletier said the election petition case did not affect US-Ghana relations in anyway, adding that it also did not undermine or cast a slur on Ghana’s integrity among the investment community in the US.

He said “you have the laws and the rules and you are just following the laws to address your grievances and that is right.”

The 2012 presidential candidate of the New Patriotic Party (NPP), Nana Akufo-Addo, his running mate Dr Mahamudu Bawumia and Chairman of the NPP, Jake Obetsebi Lamptey are challenging the outcome of the December 2012 presidential results at the Supreme Court, and have requested the court to annul a substantial amount of votes secured by the winner, President John Mahama, citing alleged irregularities during the polls.

Mr Pelletier said the US government would continue to work with the Ghana government to promote the welfare of the people inline with its (US government) foreign policy objectives, which included strengthening democratic institutions, ensuring rule of law, free press, and promoting opportunities in economic growth and development.

Ms Tara Sonenshine, Under Secretary of State for Public Diplomacy and Public Affairs, said the Professional Fellows Programme was at the core of the US government’s ideology and practicality  promoted mutual understanding between the US and other peoples across the world.