Unite to break the '8' - COKA to NPP members 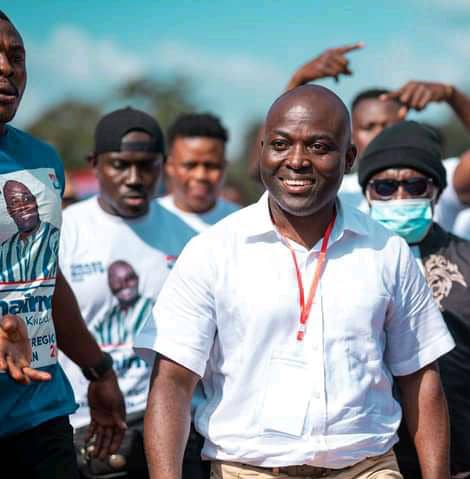 Unite to break the '8' - COKA to NPP members Follow @Graphicgh

A leading member of the New Patriotic Party (NPP) in the Ashanti Region, Odeneho Kwaku Appiah (alias Chairman COKA) has called on members of the NPP to rally behind the party ‘to break the eight-year rule cycle.

He said the NPP, anytime it was in government, addressed many challenges confronting the country compared to what the National Democratic Congress (NDC) did.

Addressing supporters of the NPP in the Ashanti Region after a health walk last Saturday, dubbed "Unite to break the 8", Odeneho Appiah, who lost the Ashanti Regional NPP chairmanship to Bernard Anwi Boasiako, said Ghanaians must take pride in the developments and achievements that the NPP had brought.

He, urged members of the party who lost in the elections to put the loss behind them and support the executive from the constituency, regional to national levels to ensure that the party wins the 2024 elections.

The health walk was organised by NPP executive in the Afigya Kwabre South Constituency to honour Odeneho Appiah for his immense contribution to the development of the party in the Ashanti Region.

It was also to create awareness of the party's readiness to retain power in the 2024 general election.

Odeneho Appiah said he would do everything within his strength to unite and promote the NPP in the country.

"I am honestly overwhelmed with the massive turnout of this particular health walk, and it clearly shows the strength of the party in the country. Looking at the crowd and the bonding of our members, it is obviously clear that the NPP is poised to remain in power after the 2024 general election," he stated.

Odeneho Appiah stressed the need for a united front to enable the NPP to 'break the 8', saying: "Our responsibility is to do whatever is necessary to make sure that victory is forthcoming. We have to continue our way forward in Ghana. We cannot accept the backsliding that takes place every now and then. It doesn't benefit our nation.”

He urged members of the party to go out and propagate the good works of President Nana Addo Dankwa Akufo-Addo for the ordinary Ghanaian to appreciate and vote massively for the NPP to continue managing the country.

He said regardless of the current economic challenges, the NPP administration would take Ghanaians through to a better life and boost businesses.