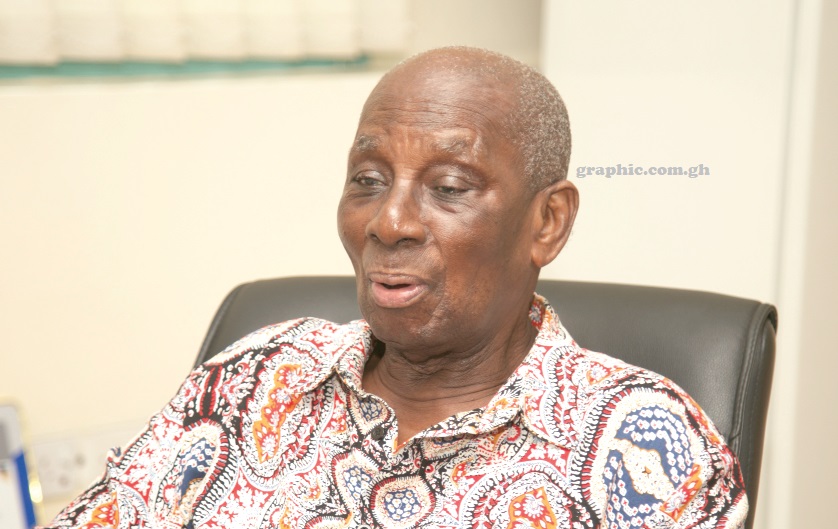 An elder of the Convention People’s Party (CPP), R. O. Frimpong-Manso, has called for an urgent Central Committee meeting of the party to address the challenges confronting the party.

He said the issues to be discussed should include the disagreements between the chairperson of the party, Nana Akosua Frimpomaa Sarpong-Kumankumah and eight other elected national executive members of the party as well as the reconstitution of the Council of Elders of the party.

Mr Frimpong-Manso, who supervised the conduct of the party’s elections in 2020, said the current situation where eight of the national elected executive met regularly without the chairperson while the chairperson also met with a cohort of her nominees was not good.

Moreover, he explained that most members of the Council of Elders were indisposed and the phenomenon of the chairman, Mr Felix Amoah, taking decisions with one or two Council members needed to be addressed as well.

It has also emerged that out of the nine elected national executive, eight are united against the National Chairperson, Nana Akosua Frimpomaa Sarpong-Kumankumah, because they feel she did not garner the required votes to be chairperson.

Mr Frimpong-Manso said following the elections he supervised to elect national executive officers of the party, he received a petition that Nana Sarpong-Kumankumah did not get the required 50+1 valid votes cast to be declared winner.

He said the petitioner subsequently asked that the elections should be reconducted between the two candidates with the highest votes.

He said he wrote to the chairperson and copied the Council of Elders about the petition for them to take steps to conduct new elections.

Mr Frimpong-Manso said he again wrote to the Council of Elders to insist that the chairperson either resigned her position or desisted from upholding herself as the chairperson until the anomaly was rectified and the winner declared.

As to why the elections committee did not notice that Nana Sarpong-Kumankumah did not garner the required 50+1 votes, he explained that due to COVID-19 restrictions, the elections were held at regional levels.

He conceded that because the results trickled in from the various regions, the elections committee did not take notice of the deficiency in the percentage of votes obtained.

Mr Frimpong-Manso said if there was goodwill and an effective Council of Elders, the matter could be resolved as early as possible.

Mr Nkrumah, in March this year, filed a suit challenging the constitutionality of the chairmanship position.

The suit was on the grounds that Nana Sarpong-Kumankumah did not poll the mandatory 50 per cent +1 vote in the August 22, 2020 elections.

According to him, the chairperson polled 43 per cent of the votes, making her ineligible to be declared winner of the top race.