Tell your supporters you lost - NPP points to Mahama 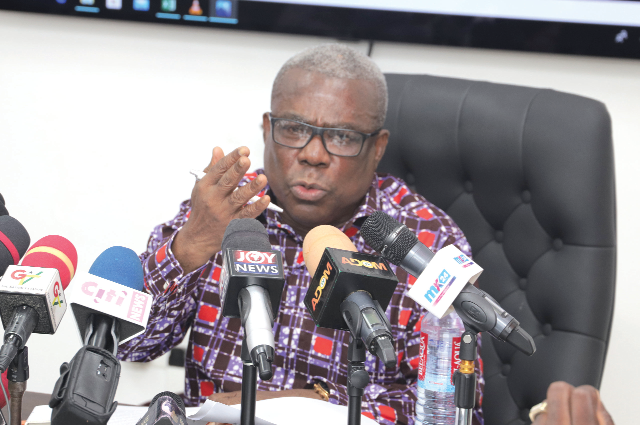 The Campaign Manager of the New Patriotic Party (NPP) in the 2020 elections, Mr Peter Mac Manu, has urged the flag bearer of the National Democratic Congress (NDC), Mr John Dramani Mahama, to be truthful to his supporters that he lost the 2020 presidential election.

He said after the collation and declaration of results, the only remedy available to the NDC, if they disagreed with the collated and declared results, was to go to a court of competent jurisdiction to seek redress.

“We call on Mahama to tell his supporters the truth that he lost the election. It is okay if he wants to court the support of his party for another try in 2024, but it is not okay to endanger the lives of other people’s children and by that endanger the security of our country.

“This far the security agencies have been professional in their handling of the provocations that Mahama has encouraged his supporters to foment. We cannot, however, be sure of what will happen if he continues to display such carelessness and irresponsibility in not wanting to go to the appropriate forum to seek redress but continue to fight for his battles from the streets,” Mr Mac Manu stressed.

Addressing a press conference at the NPP head office at Kokomlemle in Accra yesterday in response to the NDC’s claim that it won the Techiman South parliamentary seat, Mr Manu said: “It is obvious to the Ghanaian people that the NDC is not ready to be put to strict proof, and that all they want to do is court public disaffection for the Electoral Commission (EC) and by that reduce the legitimacy of the NPP victory in the eyes of well-meaning Ghanaians.”

Supported by the NPP parliamentary candidate for Techiman South, Mr Adjei Mensah Korsah, with copies of the pink sheets during a presentation, Mr Mac Manu described the NDC’s claim as “gross deceit and incompetence”, adding that the NDC claimed the NPP candidate obtained 50,013, while their candidate obtained 50,306 votes.

So if, we are to believe the NDC’s story that they won the Techiman South seat, did they win with a vote difference of 293?” the NPP Campaign Manager asked rhetorically.

For the purposes of emphasis, he said, the NPP won the presidential election of 2020 and had tied with the NDC on parliamentary seats, at least for now.

“I say for now because we have signalled our intention to go to court to challenge the validity of a number of seats which the EC has declared for the NDC. We are also going to challenge some of their seats in the court of law and not on the streets,” Mr Mac Manu emphasised.

He said the party had assembled lawyers to challenge the results of seven parliamentary seats in the just-ended parliamentary poll in the 2020 general election.
The seats are Assin North, Cape Coast North, Pusiga, Bawku Central, Savelugu, Asuogyaman and Nkwanta North.