Tarzan, Sir John in fight over Bawumia and Asiedu-Nketia 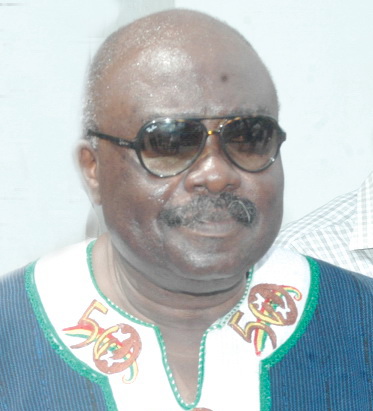 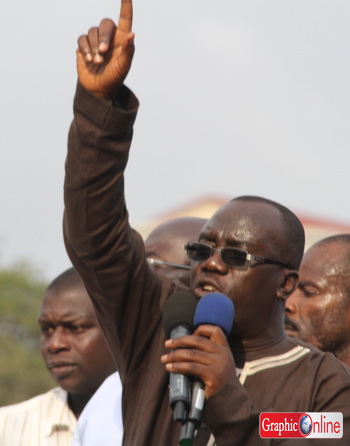 A founder member of the New Patriotic Party (NPP), Dr Charles Wereko-Brobby, has described Mr Johnson Asiedu-Nketia’s testimonies in the election petition as “masterful” while he said Dr Mahamudu Bawumia, the second petitioner,  “did not have a clue about the hows and whereofs of running elections in Ghana”.

He said no one could doubt the breadth and quality of Mr Asiedu-Nketia’s knowledge of and practical experience of the processes and their imports.

In a statement to the media, Dr Wereko-Brobby said Dr Bawumia’s  “cluelessness led to putting out a lot of assertions, superstitions, personal interpretations of law, which may be wickedly exposed when the law as it stands on the face of it and the interpretation as understood by His Lordships are brought together in the judgement of this landmark case”.

It said the failure of the NPP to include one of its election managers or its Chief Executive, the General Secretary, Mr Kwadwo Owusu-Afriyie, as one of its petitioners was a major tactical blunder which they would realise on the judgement day.

“For me, the emergence of the ‘sleeping watchman not a deterrence for seeking justice’ analogy, a seeming riposte to the position taken by some of us about the role and responsibilities of polling agents, further demonstrated the wide gap between the prosecutors of the petition and the NPP election managers in the knowledge of and familiarity with the rules and regulations for the preparation and conduct of Presidential and Parliamentary Elections in Ghana,” the statement said.

It said each time the NPP managers of the election process complained, the leadership assured them that a “certain victory was in sight and nothing must be done to postpone or derail the coming into power of President Akufo-Addo on December 7, 2013. It was thus very strange to see the very complaints the election managers had requested the party’s leadership to act on turn up in the original NPP petition.

The statement also rubbished claims by others that the petition would lead to some changes in election administration and described those who held such believes as “clueless and ignorant”.

“There is nothing wrong with the basic law, rules and procedures for the conduct of elections in Ghana. Indeed, many have evolved from several years of co-operation between the political parties and the EC through the IPAC forum. I know because I was part of this for several years,” it said.

“The NPP chose to put the weakest of its human resources at the most crucial point of the election process. It has done so since the onset of elections under the Fourth Republic in 1992; never taking in the lessons as the failures have been explained away in tome upon tome of Stolen Verdict,” the statement alleged.

But the General Secretary of the New Patriotic Party (NPP), Mr Owusu-Afriyie (aka Sir John), has taken on Dr Charles Wereko-Brobby (aka Tarzan), describing his assessment of Dr Mahamudu Bawumia's performance in the ongoing Presidential Election Petition before the Supreme Court as "sickening".

He said it was now evident that Dr Wereko-Brobby’s inexorable frustration in politics was getting the better part of him.

In a rebuttal on Asempa FM, Mr Owusu-Afriyie said Wereko-Brobby’s comment was "baseless and illogical".

He described Dr Bawumia as NPP's "darling boy", and for him the party did not need anyone who did not matter in the party to rate his performance in court.

Sir John, as the General Secretary is popularly called, said the former Ghana@50 Secretariat boss was an opportunist who reaped where he did not sow.

He alleged that Dr Wereko-Brobby enjoyed the fruits of other people’s labour in the Kufuor government even though he (Wereko-Brobby) formed his party after losing the NPP primaries ahead of the 2000 elections.

He said that all the problems NPP was facing now were due to Dr Wereko-Brobby, whom he accused of soiling his hands in various matters in the erstwhile Kufuor administration.

The NPP scribe said Dr Wereko-Brobby had bitten more than he could chew and promised to descend into the gutters with him if he continued being a nuisance to the NPP.

He urged  Dr Wereko-Brobby to remove the spec in his eye before removing the log in someone’s eye.

He stressed that Dr Wereko-Brobby was not a true member of the NPP because no serious party member would object to a collective decision taken by the National Executive Council of the party.

Mr Owusu-Afriyie advised Tarzan to direct his energies on removing the skeletons in his cupboard before they came out to haunt him.