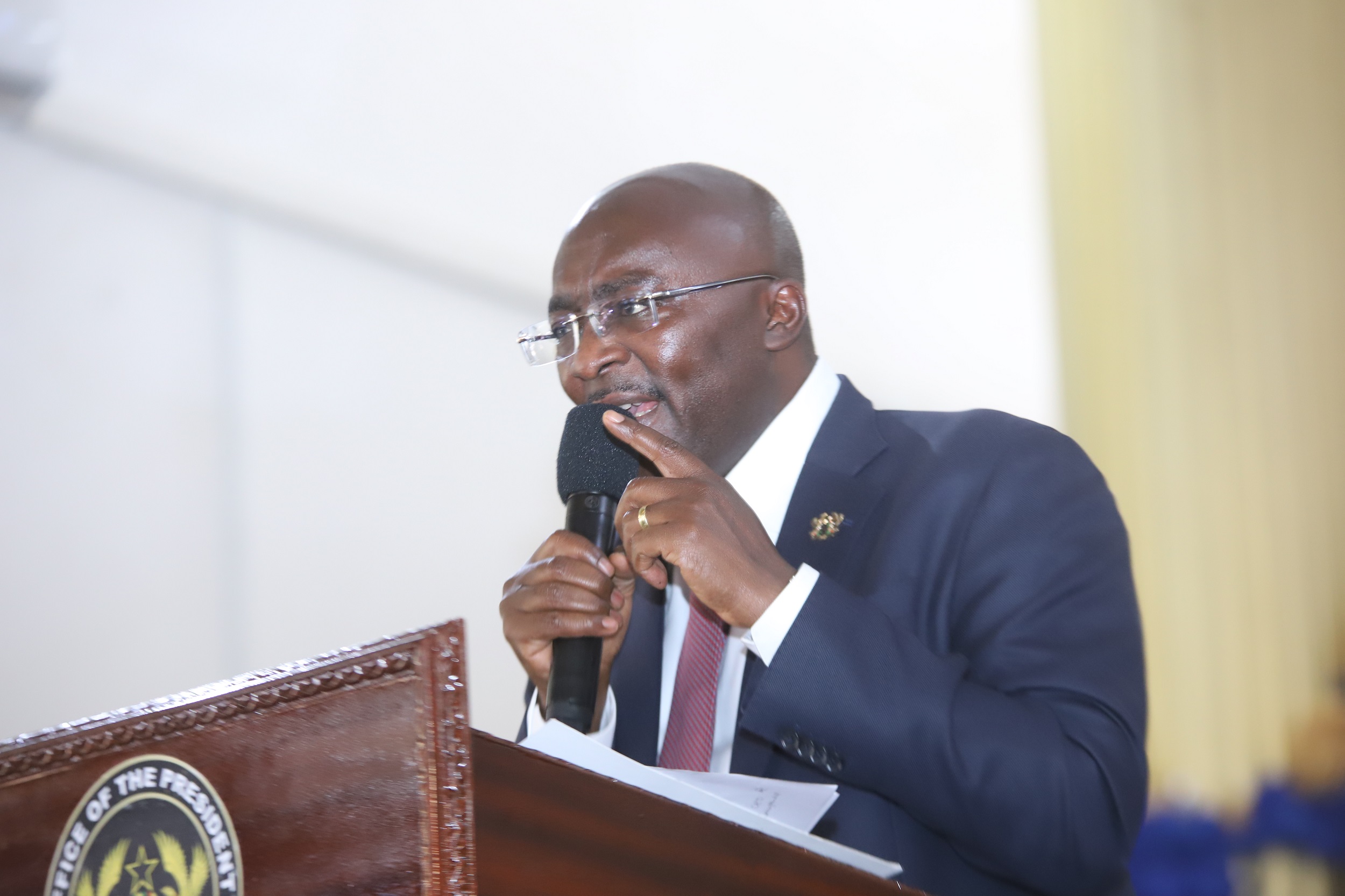 The Vice-President, Dr Mahamudu Bawumia, has charged empowered Ghanaian enterprises to be frontline actors of the new journey in the economic history of the continent under the African Continental Free Trade Area (AfCFTA).

He said the government was fully committed to the implementation of AfCFTA and would assist the process by fashioning and implementing a comprehensive set of policies that would empower the private sector to achieve its goal.

Dr Bawumia, who was speaking at the opening of the 74th Annual New Year School and Conference (ANYSC) at the Great Hall of the University of Ghana in Accra yesterday, said AfCFTA would provide a new impetus and dynamism for the rapid growth of African economies and deepen the integration process.

The three-day ANYSC, which is on the theme: “Positioning the African Market for Sustainable Economic Development through AfCFTA,” is being organised by the College of Education and the School of Continuing and Distance Education of the University of Ghana.

The ceremony was attended by the Chief of Staff, Akosua Frema Osei-Opare; a member of the Council of State, Sam Okudzeto; the Chairman of the McDan Group of Companies, Daniel McKorley; members of the diplomatic corps, traditional rulers and members of academia.

The Vice-President declared: “We owe it to generations unborn to ensure that the biggest trading bloc on the globe, whose outcomes will be rewarding to all and which will assist in attaining the “Africa we want”, does not falter.”

“There is a new Africa emerging, with a sense of urgency and purpose and an aspiration to become self-reliant and move the continent to a situation of self-sufficiency, progress and prosperity,” the Vice-President added.

“We must succeed together and do so resoundingly for the benefit of current and future generations. A new dawn of trading and investment across Africa, for Africans, has just begun,” Dr Bawumia emphasised.

The Vice-President stated that the overarching aim of the measures to harness the benefits of the AfCFTA were to develop and expand the economy of the country and create sustainable jobs for the youth.

To do that, Dr Bawumia said, the private sector must take advantage of agreements such as the AfCFTA to expand production both in industry and agriculture and take the lead in the socio-economic transformation of the country.

“We have succeeded in creating a conducive business climate that is spurring on the growth of the private sector. Indeed, Ghana is now acknowledged as the largest recipient of foreign direct investment in West Africa,” he said.

The Vice-President stated that the objective was to unleash the innovative and entrepreneurial talents of the Ghanaian private sector to drive rapid growth and job creation, and take advantage of the opportunities that would be presented by AfCFTA.

While touting the potential of the continent in terms of its trade area, Vice-President Bawumia also expressed concern at the low levels of intra-African trade, which he said, currently stood at about 16 per cent of a combined Gross Domestic Product (GDP), compared to other parts of the world, such as the European Union (EU) which had 75 per cent.

He said it was obvious that the very low levels of intra-regional trade could not improve the prospects of bringing prosperity to the people and pointed out that “a large part of the growth and prosperity that we seek on the continent will come from us trading more among ourselves.”

To that end, Dr Bawumia indicated that appropriate fiscal, monetary, financial, energy and digitalisation policies must be coordinated to enable Ghanaian enterprises to be competitive, possibly achieve comparative advantage and make the country very attractive to investors.

In a virtual address, the Secretary-General of AfCFTA, Wamkele Mene, said a number of operational instruments such as the Pan-African Payments and Settlement System (PAPSS), Non-Tariff Barrier tools and AfCFTA Adjustment Fund had been developed to lower trade barriers and promote regional economic integration.

He said AfCFTA would serve as a driver of Africa's economic transformation and reduce Africa's reliance on export.

The Vice-Chancellor of the University of Ghana, Prof. Nana Aba Appiah Amfo, for her part, said the ANYSC had over the years brought together stakeholders from all sectors to discuss issues of national interest.

She said there was an awakening that the various countries and their peoples were connected with African leaders in championing the need for regional economic cooperation, particularly in terms of trade and investment.

"The launch of the AfCFTA in 2021 is, therefore, highly touted as a global game-changer. It is a crucial milestone for Africa as it constitutes a significant endorsement of the economic potential in the intra-African trade," Prof. Amfo said.

She cited a recent World Bank report which had indicated that AfCFTA would boost regional income by seven per cent, representing $450 million, and deliver 30 million people from extreme poverty by 2035.

The Chancellor of the University of Ghana, Mary Chinery-Hesse, who chaired the function, was hopeful that the AfCFTA operational instruments would ease the cost of trading and the movement of goods across the continent.

She, therefore, urged the participants to examine how the current national policies and practices impacted on players in the informal sector of the economy.

Mrs Chinery-Hesse also expressed the hope that the resolutions communique at the end of the conference would be a credible guide for the promotion of intra-African trade and also accelerate economic development on the continent.