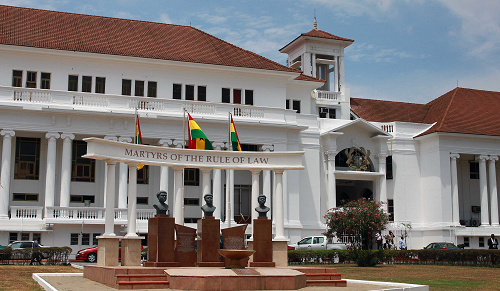 The Supreme Court has set out five issues for determination in the 2020 presidential election petition filed by the presidential candidate of the National Democratic Congress (NDC), Mr John Dramani Mahama.

A determination of the five issues by the court will enable the court come to a conclusion as to whether or not the petition has any merit.

The Apex court has also set timelines and mode of trial for it to hear the petition.

The five issues include:

Meanwhile the return date for the review filed by lead counsel for the petitioner is January 28, 2020.

Meanwhile the return date for the review filed by lead counsel for the petitioner is January 28, 2020.

The timelines outlines and enumerated by the panel are as follows;

b. The registrar shall ensure service of submission by close of Friday, January 22.

c. The petitioner shall file any response to the submission of the preliminary objection by Monday, Jan 25.

d. The registrar shall ensure service of the petitioner’s response by close of Monday, January 25

e. Ruling on he preliminary objection will be incorporated in the final judgement of the court.

Meanwhile Counsel for the petitioner, Mr Tsikata, who was not in agreement with the timelines argued that the timelines could have consequences on the review motion for review of the court’s ruling on the application for interrogatories among other outstanding issues.

However, Justice Professor Nii Ashie Kotey said the court was operating under strict timelines of C.I. 99.

In his response, Mr Tsikata said “justice must not be sacrificed for expedition.”