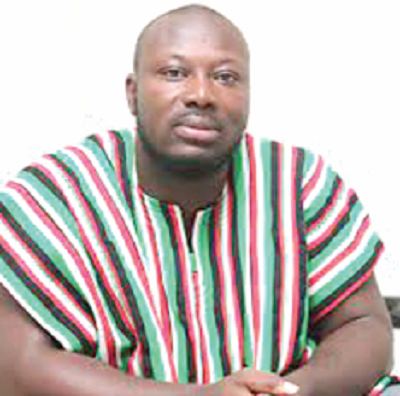 The National Youth Organiser of the National Democratic Congress (NDC), Mr George Opare Addo, has asked members of the Tertiary Education Institution Network (TEIN) to refocus on strengthening branches as part of efforts to win the 2024 general election.

He said the party’s chances of winning the 2024 general election and other subsequent elections largely depended on a vibrant grass-roots, committed, dedicated and determin  to the cause of the party.

He downplayed the misconception that working for the party meant hopping from one radio or TV station to another and charged them not to sit on the fringes, but move into serious grass-roots mobilisation for massive electoral victory in 2024.

"Today, we credit people who speak for the party on radio and TV stations as the people working for the NDC, so it has become the norm that everyone wants to find space in the media.

"Meanwhile, research has shown that it contributes only five per cent of electoral fortunes. The real work is at the grass roots because our challenges are similar but not the same everywhere in the country," he noted.

Mr Opare Addo underscored the need for branch executive members to touch base with the electorate and explained why the NDC was the better option to save the country from economic abyss.

That, he noted, required effective and efficient communication strategy tailored for various segments of society and implored all TEIN members to play active roles in order to achieve that target.

He could also not fathom why many party sympathisers had shifted attention to leadership at the top, saying it required strong party machinery to win elections but not an individual.

"Election is not won on a silver platter but with a well lubricated machinery. Politics is not about individuals so you can have the best candidate but if the machinery that should lead you into winning is not well oiled, you will fail as it happened in the 2016 and 2020 elections," he cautioned.