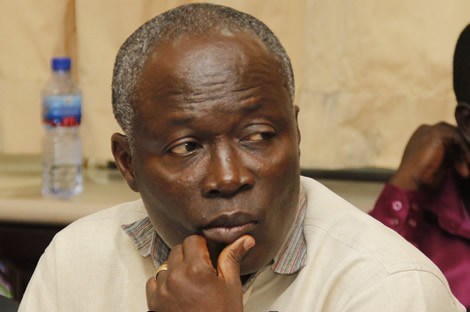 The Minority in Parliament has expressed concern at attempts by metropolitan, municipal and district assemblies (MMDAs) to select members to vote in the upcoming Council of State elections on February 12, 2021.

It said the move was a breach of the constitutional provision that required the assemblies to meet and nominate two people to form an electoral college for the election of the Council of State members.

“We have seen situations where the acting MMDCEs and the presiding members have constituted themselves as the two representatives of the assemblies and sent their names to the various Regional Coordinating Councils to constitute the electoral college to elect the members of the Council of State,” it said.

Speaking on behalf of the Minority, the Member of Parliament (MP) for Odododiodio, Nii Lante Vanderpuye, said per the constitutional provisions of Article 89 (1c), members of the Council of State were appointed by the President and others elected by an electoral college that was constituted by the nomination of two persons from the various district assemblies.

He, however, said the Minority had had a report from almost all the assemblies throughout the country of attempts by the government to arrogate to itself the power to choose its own representatives to form the electoral college.

That, he said, was against the constitutional provision for the assemblies themselves to constitute a meeting for the members of assemblies to nominate two people to form an electoral.

“If we are going to have a Council of State that is virtually an extension of the New Patriotic Party (NPP) then they will not be able to counsel the President in a way and manner that will enhance cohesion and our democracy,” he stated.

But the Majority Chief Whip, Mr Frank Annoh-Dompreh, who is the Member of Parliament for Nsawam-Adoagyiri on the ticket of the NPP, described the accusation as false and challenged the Minority to produce evidence to prove that the government was bending the rules.

He said he had done a cursory check in the Eastern Region and found no evidence that the government was directly hand-picking delegates to go and cast their votes in the elections of regional Council of State members.

“What is true though is that there are places where the chief executives of MMDAs coupled with presiding members are being chosen to go and cast their votes. I do not see anything wrong with that.”

“If the assemblies sit and decide that these are the people who should represent the assemblies in the choice of who represents them at the Council of State, it is a matter of a decision made by the assembly,” he stated.