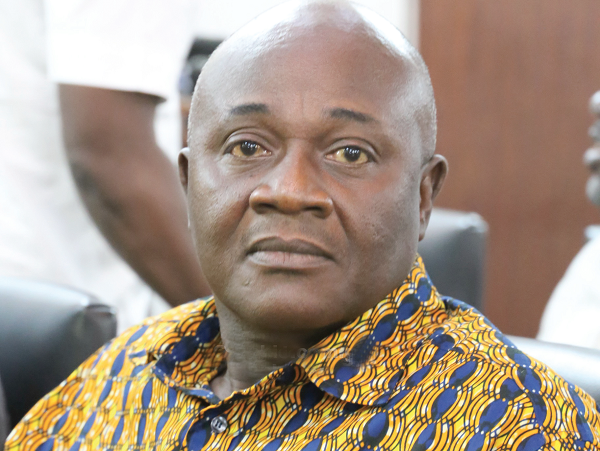 While political parties are allowed to contest national elections, they are prohibited from doing same at the local level as stipulated in Article 55(3). Consequently, elections to local and district assemblies are contested by individuals but not the political parties. Similarly, chief executives or mayors at the local levels are appointed by the President in accordance with Article 243(1).

The introduction of mechanisms, which were intended to mitigate the full control of the central government over the local government such as the appointment of one-third of the assemblies (Article 242 (D) to represent diversity, competence and inclusiveness in the assembly, have also not been complied with. The decentralisation of the administrative machinery and the financial resources of the central government to the district have also been ineffective.

Problems such as the vigilante violence, monetisation of elections, poor local governance and public service delivery as well as corruption, all trace their root from this hybrid arrangement.

Consequently, it has become evident that the hybrid system has become dysfunctional and its authoritarian character and lack of accountability is undermining confidence in political parties nationwide, causing fear and disaffection towards the political parties and the multiparty democratic system.

Unfortunately, while there appears to be consensus on the need for the election of MMDCEs, the nation is yet to appreciate the full dangers and ramifications of amending only Article 243(1) without 55(3).

Due to the disagreement over the amendment of Article 55(3), there have been calls for the amendment of Article 243(1) alone to reflect the existing consensus. Proponents of this idea have argued that amending only Article 243(1) will ensure the participation of the electorate in the process of choosing their MMDCEs without the divisive, disrupting and corrupting influence of political parties, which has now patently manifested in national elections.

This will preserve the original intentions of the framers of the 1992 Constitution, who by a careful and delicate agreement crafted political compromise to allow political parties to operate at the national level while shutting them out of local government.

Thus, any amendment that is aimed at reforming the current hybrid executive system, which excludes the involvement of political parties will be ineffective due to the following:

First, amendment of Article 243(1) alone will not cure the fundamental problem of Winner Takes All (WTA) in the Executive arm of government that have characterised the Fourth Republic. Under the current hybrid system, by virtue of a political party’s victory in a presidential election, the Constitution confers control over all 260 district assemblies.

Consequently, all other political parties are excluded from the executive arm of government. This often raises the stakes for presidential elections and its associated consequences such as vigilantism, monetisation during elections which has become an existential threat to Ghana’s democracy. Ultimately, any reform of the Executive arm must seek to cure this fundamental problem.

Second, the amendment of Article 243(1) without 55(3) will promote secret and clandestine sponsorship of candidates by political parties for MMDCEs elections as witnessed in the current District Level Elections (DLEs). Indeed, it is an open secret that after every DLEs, the two major political parties brag about the number of assembly seats that their candidates have won. Therefore, amending only Article 243(1) will result in a secret and opaque involvement of political parties in the sponsorship of candidates for MMDCEs elections instead of open and transparent multiparty elections.

Third, the benefit of double accountability can elude the nation, if only Article 243(1) is amended. Party-based election of MMDCEs has an inbuilt mechanism for double accountability that will improve the quality of MMDCEs elected. This is because political parties, through their internal vetting and selection process, act as a sieve in selecting the best candidates to compete for the elections.

Therefore, amending only article 243 (1) can produce the most corrupt system as people with fat pockets who owe no allegiance to any political party can capture and control local government.

Fourth, any reform of the current local government must aim at promoting equitable participation of women and other vulnerable groups who have been marginalised over the years. The quickest way to end this marginalisation is through the passage of the Affirmative Action (AA) Bill which is currently at the level of Cabinet.

However, without the amendment of 55(3), even if the Bill is passed, it will be difficult to implement the provisions in the AA Bill at the local level. This is because the law lays the responsibilities on political parties to file a stipulated proportion of female candidates. Therefore, if parties are not allowed to participate in DLE, then it will be difficult to enforce the provisions in the law at the local level.

Finally, voter turnout in DLEs since the inception of the Fourth Republic has been very low, averaging about 40 per cent. On the contrary, the presidential and parliamentary elections have recorded very high voter turnout almost double the figure recorded in the DLEs.

Clearly, the participation of political parties in the general election accounts significantly for such high voter turnout for these elections. This is because political parties are able to mobilise voters to polls and also propose alternative solutions to the social and economic problems facing the people in the communities which makes policy debate attractive to the electorate. Also, Article 55 (7b) enjoins the parties to be organised in not less than two-thirds of the districts in each region of Ghana, making them the most formidable and organised institution at the local level.

Thus electing MMDCEs without the legal participation of political parties will entrench the trend of low voter turnout in the DLEs.

The author is a research officer at the Institute of Democratic Governance (IDEG).