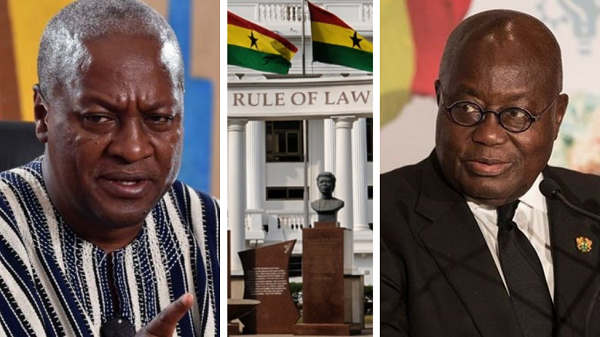 Public expectation and interest in the outcome of the 2020 Election Petition is extremely low in the Bono Regional capital, a Ghana News Agency (GNA) report has revealed.

The Supreme Court (SC) has fixed today as the judgment day for the 2020 Presidential election petition.

But the GNA gathered, during a random interview in Sunyani last Tuesday, that in the SC hearings, and its subsequent ruling had since declined.

The residents noted that though the National Democratic Congress (NDC) exhibited a high sense of political maturity to seek legal redress over the election disputes, they(residents) were unable to follow the case since the SC commenced hearings barely a month ago.

“I lost interest in the election petition because the nation is already progressing. I don’t think the SC would reverse the Electoral Commission’s verdict on the election 2020”, a mechanic, Mr Evans Amponsah, stated.

He underscored the need for Ghanaians to allow peace to prevail, forge ahead in unity and support the government to bring the development of the nation to the next level.

An economist, Mr George Owusu Afriyie, for his part, said the election petition was just a mere formality saying it would be a waste of time to follow the hearings.

He, however, added that the NDC set a good precedent to send the case to the SC, instead of resorting to unnecessary confrontations and violence that could disturb the peace of the nation.

“I have even forgotten about the 2020 election petition. You just reminded me and I will try to follow the ruling on today”, said Madam Leticia Gyan, a hairdresser.

A taxi driver, Mr Emmanuel Manu, who plies the Sunyani-Abesim road, noted that the outcome of the 2020 election was a big victory for the nation, and attempts to overturn the EC’s ruling could jeopardise national peace and stability.

He observed that election 2024 was just around the corner, and called on the NDC to focus on that and do much to regain political power.

“Ghana is peaceful now and that is my interest. We should all be watchful and avoid tendencies that have the potential to trigger violence and undermine the peace of the nation”, Mr Samuel Danso, a dealer in second hand clothing, said.—GNA