Prof Adei: I’ll maintain Oquaye as Speaker if I were President Akufo-Addo 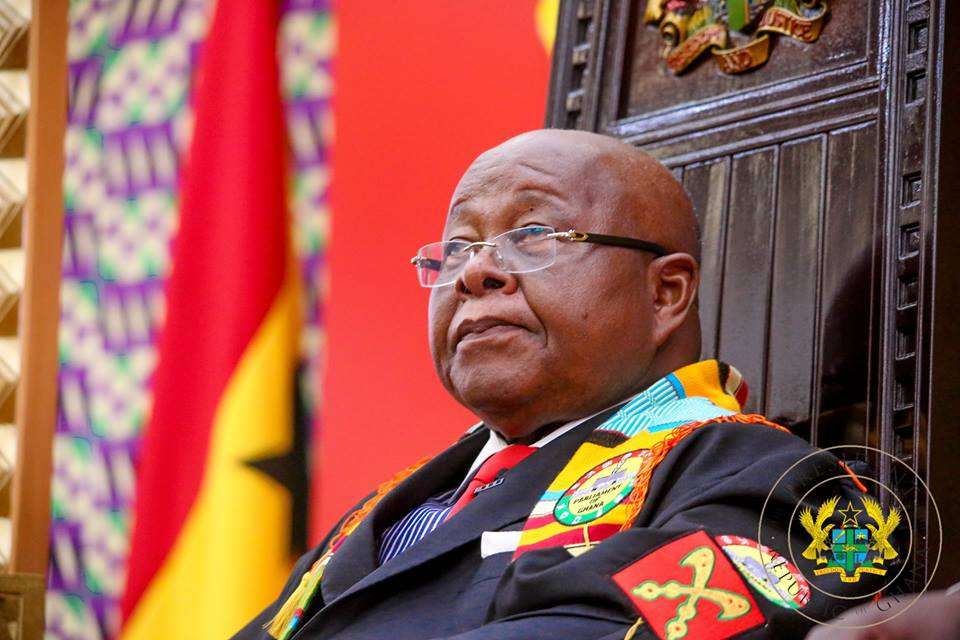 “There is too much turbulence at this time for you to go and bring a new Speaker [of Parliament], the Chairman of the National Development Planning Commission (NDPC), Professor Stephen Adei has said.

He said if he were in the shoes of President Nana Addo Dankwa Akufo-Addo, he will maintain Prof Aaron Mike Oquaye as Speaker of Parliament for “continuity” sake in the 8th Parliament.

I will maintain the present Speaker at least for now, and advise him that in about a year or two time, he should voluntarily resign.

Prof Adei justifying his position said “there is too much turbulence at this time for you to now go and bring a different person, “this is what I would have done straight away.”

Read also: Race for Speaker of Parliament heats up

With the election of the next Speaker of Parliament barely 60 hours away, some key names have emerged from the camps of the New Patriotic Party (NPP) and the National Democratic Congress (NDC).

Some of the names that have come up as potential candidates the NPP will nominate as Speaker are the incumbent, Prof. Aaron Mike Oquaye; a Justice of the Supreme Court, Mr Justice Jones Mawulom Dotse; Ghana’s High Commissioner to Canada, Nii Ayikoi Otoo, who is also a former Attorney General and Minister of Justice; Ghana’s High Commissioner to the UK, Papa Owusu-Ankomah, and the National Chairman of the NPP, Mr Freddie Blay.

From the camp of the NDC, a source confirmed to Graphic Online that the party would also propose a candidate for the position of Speaker.

It mentioned some of the names that had come up strongly as the outgoing Second Deputy Speaker, Mr Alban Sumana Kingsford Bagbin, who is also the current MP for Nadowli Kaleo; a former Speaker, Mr Edward Doe Adjaho, and a former Deputy Chief of Staff, Dr Valerie Sawyerr.

The others, the source said, were two retired Justices of the Supreme Court, Justices William Atuguba and Ophelia Adjeibea Adinyira, and the General-Secretary of the NDC, Mr Johnson Asiedu Nketia.