Race for Speaker of Parliament heats up 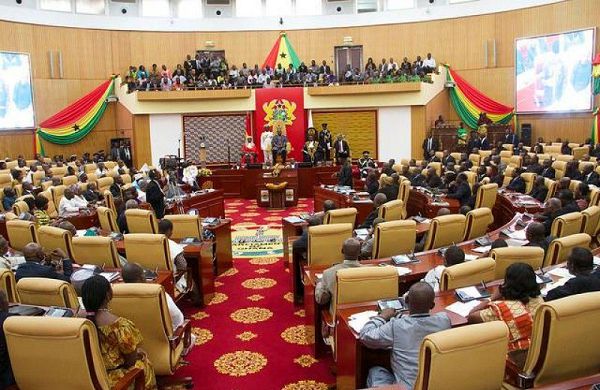 With the election of the next Speaker of Parliament barely 60 hours away, some key names have emerged from the camps of the New Patriotic Party (NPP) and the National Democratic Congress (NDC).

Some of the names that have come up as potential candidates the NPP will nominate as Speaker are the incumbent, Prof. Aaron Mike Oquaye; a Justice of the Supreme Court, Mr Justice Jones Mawulom Dotse; Ghana’s High Commissioner to Canada, Nii Ayikoi Otoo, who is also a former Attorney General and Minister of Justice; Ghana’s High Commissioner to the UK, Paapa Owusu-Ankomah, and the National Chairman of the NPP, Mr Freddie Blay.

However, another close source would not confirm or deny the names but insisted the party was yet to take a firm decision on that.

From the camp of the NDC, a source confirmed to the Daily Graphic that the party would also propose a candidate for the position of Speaker.

It mentioned some of the names that had come up strongly as the outgoing Second Deputy Speaker, Mr Alban Sumana Kingsford Bagbin, who is also the current MP for Nadowli Kaleo; a former Speaker, Mr Edward Doe Adjaho, and a former Deputy Chief of Staff, Dr Valerie Sawyerr.

The others, the source said, were two retired Justices of the Supreme Court, Justices William Atuguba and Ophelia Adjeibea Adinyira, and the General-Secretary of the NDC, Mr Johnson Asiedu Nketia.

Per the Electoral Commission’s (EC’s) declaration of the results of the December 7, 2020 parliamentary elections, the legislature is entering into unchartered waters.

With 137 seats apiece for the NPP and the NDC, some political watchers have observed that once the independent MP-elect has said he will be voting with the NPP, it makes the NPP the majority side.

However, some MPs have described the assertion as unconstitutional.

“Article 97 (h) of the Constitution says an independent candidate who wants to work with a party in Parliament must resign the position. In the Ghanaian constitutional architecture, carpet crossing is not allowed and so we cannot add him to the NPP to make the NPP the Majority,” an NDC MP who wanted to remain anonymous said.

He asserted that on any given day of voting, no one could take away the independent MP’s right to vote, and that if he decided to vote for an NDC-nominated Speaker because he (independent MP) was better convinced about the NDC’s nominee, so be it.

“There is no rule that says that one should vote for a candidate that one’s party supports,” another MP said.

The first time that two persons were concurrently nominated for the position of Speaker was in 2005 when the NPP nominated Mr Ebenezer Sakyi-Hughes and the NDC side also nominated the then outgoing Speaker, Mr Peter Ala Adjetey.

Article 104 (4) of the 1992 Constitution and Standing Order 9 (1) demand that the election of Speaker shall be done by secret ballot, a provision aimed at allowing MPs to vote freely, without any influence.

Ahead of the swearing in of the new Parliament, the NPP and the NDC, as the practice often is, make changes in the leadership bench in the House to make either side more formidable.

Presently, the NPP has made some changes in its leadership. The party has reportedly maintained the MP for Suame, Mr Osei Kyei-Mensah-Bonsu, as the Majority Leader, with the MP for Effutu, Mr Alex Afenyo-Markin, chosen as the new Deputy Majority Leader, replacing the MP for Dome-Kwabenya, Ms Sarah Adwoa Safo.

For NDC leadership positions, a party source said most likely there would be changes in the leadership of the Minority side.

“There will be a meeting by the Council of Elders, the flag bearer of the party and the National Executive Committee on Monday and hopefully by Tuesday they will finalise the names,” it said.

With the new Parliament ready to commence business from January 7, 2021, Ghana’s parliamentary democracy is billed to go through a new chapter that will see the Legislature becoming more diligent in exercising stronger oversight responsibility over the Executive.

A Senior Lecturer at the Department of Political Science of the University of Ghana, Dr Seidu Alidu, told the Daily Graphic that with equal numbers of members on both sides of the House, Parliament was now billed to do away with its tag as an albatross on the neck of Ghana’s parliamentary democracy — majoritarian-based decision-making — which had not helped the country.

“When there is an equally composed Parliament, decisions will be taken largely on a more consultative basis and there will be broader consultations that will lead to consensus-oriented decision-making processes,” he said.

A total of 111 members of the Seventh Parliament will not return to the House for the Eighth Parliament on January 6, 2021.

Out of the current 275 seats in the House, the NPP has 169, while the NDC has 106, but the parliamentary election on December 7,  2020 saw 33 incumbent NPP MPs lose their seats, while 41 had lost their constituency primaries earlier in the year, with four voluntarily retiring.

So for the NPP, 78 members will not make it to the Eighth Parliament.

With regard to the NDC, 18 MPs lost their re-election bid in the parliamentary election, eight had lost their primaries in 2017, with seven voluntarily retiring. This means that 33 NDC MPs will not return to the house.