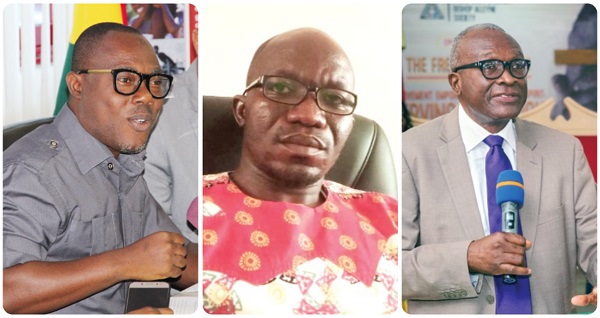 Three policy analysts have said the measures outlined by President Nana Addo Dankwa Akufo-Addo to resolve the economic crisis are inadequate and failed to address some fundamental issues.

According to them, the measures did not show how to achieve the objective of restoring confidence in the economy and hope in the people.

Prof. Ayee, a political scientist at the University of Ghana, said the address did not account for how much the country had saved so far from the 30 per cent cut of budgeted and discretionary expenditures, as well as the salaries of presidential appointees.

Equally important, he noted, was clarity on the strategies the government intended to adopt to ensure that structural challenges with the economy were addressed in the short, medium and long term.


Prof. Ayee, who is also a Public Policy, Administration, Governance and Leadership expert, said since independence, the country had been talking about addressing the structural challenges in the economy but, unfortunately, successive governments had failed to resolve the issue.

“I was disappointed when I only heard about the problems and how we continued to import toothpick and other products, thereby increasing our import bills. What about the long-term measures to systematically deal with the issues?" he asked.

Prof. Ayee pointed out that the President's speech was silent on measures adopted to ensure a lean government as a strategy to cut down on cost.

He also wanted to hear permanent solutions to the problem of black marketeers in the currency market, a challenge which had existed since the 1970s.

He urged the government to call for a national economic forum to help proffer solutions to address the fundamental issues of the economy on a sustainable basis, instead of adopting ad hoc measures.

In his analysis of the President’s address, Prof. Gyampo said: “To be fair, he said something that was very commendable and assuring to help ease the panic and tension that have worked to further exacerbate our economic crisis.”

He said it was pleasant to hear the President saying “there will be no haircuts”.

In his view, the President must be commended for that bold and audacious statement.

Prof. Gyampo explained that the statement was emphatic and could help slow down the rate at which people were dis-investing their money from treasury bills to purchase dollars, thereby worsening the economic woes.

That notwithstanding, the Political Science lecturer said it appeared that the President and his government were not really interested in the kind of austerity interventions that would help, probably because he and his appointees were not prepared to alter their opulent lifestyles.

He said beyond the assurance of no haircut, which was a direct and straightforward message that could help restore calm and partly fix the current crisis, the President showed that the government fundamentally had fewer solutions to the crisis.

“In the lead up to his election in 2016, he knew that not many Ghanaians paid taxes and there were several promises from his quarters to widen the tax net. Why hasn’t this been done in the last six years and why are we now going to do it?” Prof. Gyampo asked.

“Why did he not respond to the several clarion calls for downsizing his government? Why does he want his appointees and foot soldiers to continue to ride in V8 vehicles even when they are going to buy groceries at the mall?” he asked.

He said the President’s proposal to continue to cut 30 per cent of the salaries of his appointees was mere propaganda and would not address the problems of the day.

“There is no evidence to show that appointees truly had their salaries cut by 30 per cent as previously announced. Unless we see the payslips of these appointees and do a ‘before and after’ scrutiny, I dare say that the President merely spewed propaganda on this issue,” he said.

He said another disturbing issue was that the President never admitted what his government did wrong that brought about the current crisis, thereby seeking to perpetuate the false and very elementary view that “we are where we are because of only the COVID-19 pandemic and the Russia/Ukraine conflict”.

For Prof. Gyampo, the acceptance of one’s mistakes was one sure way to make proactive amends.

Dr George Asekere said the President’s address last Sunday was “one of the usual talk shops”, with “very little substance” to respond to the current economic crisis.

For him, the announcement of ongoing “talks” to reduce fuel prices was difficult to figure out what the President meant.

“Is it an internal talk to reduce taxes on fuel products or part of external talks?” he asked, adding: “What he said is not what is needed at the moment when we should be taking actions.”

“All unions in public universities are on strike and the President did not mention that, although it is disrupting the calendar,” he said.