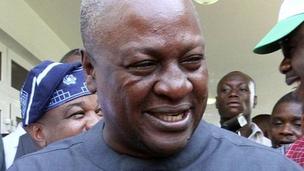 President John Dramani Mahama has repeated his pledge to respect the verdict and ruling of the Supreme Court in which his political opponents are currently challenging his legitimacy as the President of Ghana.

President Mahama gave this pledge when he addressed the Ghanaian community as part of his three-day official visit to Paris, France.

Over 500 Ghanaians attended the programme, where they were given the opportunity to ask questions about the country and their own circumstances in Europe.

The President said: “I did not do anything to rig any elections, and the petitioners have sent the case to court because of alleged malpractices, which we shall leave to the court to decide in their deliberations.

“Ghana is our country and nobody has the divine right to rule that country, and it does not also matter where you come from, everybody can become the President of Ghana”.

President Mahama said the election petition would rather strengthen Ghana’s democracy that had grown over the years and called on Ghanaians not to do anything that would mar the respect and reputation Ghana had won among her peers and beyond.

The President condemned the recent posting of doctored photographs of him and his political opponents in compromised states with women, adding that such a posture would retard the progress of the country that had been admired over the years.

“What do you stand to gain by posting such photographs on the Internet? After posting doctored pictures of me, they also posted those of my political opponent as if in retaliation, but I can tell you that these will not help us,” he said

President Mahama called on Ghanaians to bury their political differences and forge ahead for the development of the country, which he added, belonged to every Ghanaian and not for individuals or particular group or groups of persons.

The Minister for Trade and Industry, Mr Haruna Iddrisu, called on Ghanaians in the Diaspora to remain united and work hard to support the country to achieve its full middle income status and denounced unfortunate accusations that were recurring on the Ghanaian political scene.

“President Mahama was duly and legitimately elected, and we all owe it a duty to support him and contribute our quota towards the development of this country,” he added.