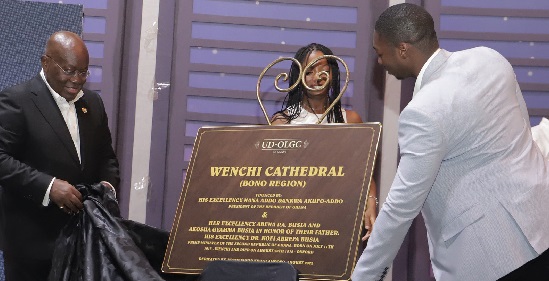 President Nana Addo Dankwa Akufo-Addo has said that the overthrow of a former Prime Minister, Prof. Kofi Abrefa Busia deprived the country of the full impact of his development agenda.

Describing the former Prime Minister as a farsighted political thinker, the President said if Prof. Busia had been given the opportunity to develop his visionary programme of rural development, some of the ills of contemporary Ghana, such as rural-urban migration, which had been the source of current socialtension, could have been avoided.

President Akufo-Addo said this at the launch of an audio book on Prof. Busia, titled: The Prof, a heart of Faith.

It was compiled by one of Prof. Busia’s daughters, Akosua Busia.

It is a compilation of letters between Prof. Busia and his lifelong friend and mentor, Rev. William Whittle, spanning five decades of communication.

Rev. Whittle was aMethodist minister who came to Ghana and also officiated at Dr Busia’s wedding in the UK.

In attendance at the launch were leading members of the New Patriotic Party (NPP), including former President J. A. Kufuor; the Minister of Trade and Industry, Alan Kyerematen, as well as family members of the late Prime Minister from Wenchi.

President Akufo-Addo is the eldest son of the President of the Second Republic, William Akufo-Addo, whose tenure run concurrently with the prime-ministerial tenure of Prof. Busia.

The President said he had the privilege to witness, at firsthand, “the excellent leadership skills of Prof. Busia”, whose vision and sacrifice were for the creation of a free democratic Ghana.

President Akufo-Addo noted that Prof. Busia dreamt of a nation that was peaceful, prosperous, generous and a beacon of hope to Africa and the world.

“A proud African life striding into the future with confidence, secure in the knowledge that here on this continent, we are a nation of destiny.

An example, not just for our age, but for all ages, especially for the Black people of the world,” he added.

He explained that Prof. Busia’s emergence onto the nation’s political scene coincided with a period when the one partystate ideology was dominant on the continent and appeared to be more appealing to developing countries.

The President referred to the first President of Tanzania, Julius Nyarere, who described democracy as a luxury that only Western countries could afford, stressing, however, that in Prof. Busia’s book, The challenge of Africa, written in 1962 at the height of the Cold War, the former Prime Minister demonstrated, in profound understanding, the problems confronting Africa and the solutions most likely to yield lasting results.

He said Prof. Busia argued against the post-colonial myth propounded with convenient ease by most of Africa’s first leaders that multi-party democracy was a luxurious Western concept alien to African culture.

President Akufo-Addo said Prof. Busia was unequivocal in his belief that democracy could not endure if the leaders and the people were not committed to nor understood the principles.

He indicated that democracy could and must work in this country, and that it was for that reason that Prof.

Busia and other patriots risked their lives in the First Republic against the truncation of freedom and the incapacity of the parliamentary system to defend it.

The President referred to a December 1957 statement Prof. Busia made that “our problem is one of nation-building, and you do not do it by repressive legislation but by education in the growth of corporations and by leaving parties and policies to the choice of the people”.

He said Prof. Busia believed that democracy was consolidated when majority of the people believed in democracy as the best form of government.

The Founder and Leader of the Lighthouse Chapel, Bishop Dag Heward-Mills, said it was a demand from God Almighty, contained in the Ten Commandments, that those who honoured their fathers and mothers would be honoured and their days on earth prolonged through blessings.

He commended President Akufo- Addo and President Kufuor for constantly honouring the memory of Prof. Busia and indicated that they were blessed and that they would also be remembered.