Premature for EC to brief House on CI - Majority Leader 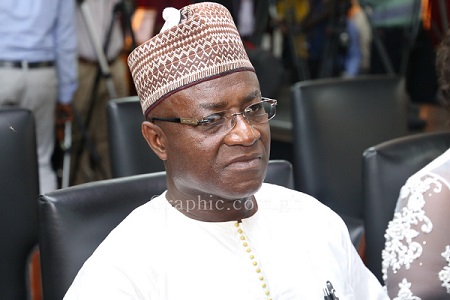 The Majority Leader has described calls by the Minority for the Electoral Commission (EC) to brief the Committee on the whole, on its plan to lay a new Constitutional Instrument (C.I.) on the use of the Ghana card as the sole document for the continuous voter registration as premature.

Osei Kyei-Mensah-Bonsu said there was no cause for alarm since the next general election was not due until the last quarter of 2024.

“The Ghana card registration exercise by the National Identification Authority (NIA) is an ongoing exercise and if there are any bottlenecks, the appropriate briefing will be given to the House,” he said.

Mr Kyei-Mensah-Bonsu rejected the call after the First Deputy Minority Chief Whip, Ibrahim Ahmed, had drawn the House’s attention to a C.I. which was currently being considered by the Subsidiary Legislation Committee.

He said the instrument, which had already been pre-laid, would become law after 21 sitting days.

Per the C.I., the EC desires to make the Ghana card the sole document for people to register for the new voters register, he told the House.

The MP for Banda recalled how the NIA officials appeared in the House last Thursday to inform members of their engagement with the EC, as well as the challenges of funding and unreliable network facing the Ghana Card registration exercise.

With the House not privy to the pre-laying of the C.I., Mr Ahmed, therefore, called on the leader of government business to have the EC come to the House before the House adjourned.

“When the EC comes and briefs us as a Committee of the Whole, then we see how we can solve any challenges so that when the time comes, we will not be confronted with controversial issues of mistrust,” he said.

With the supplementary budget anticipated to be presented to the House next week, Mr Ahmed said if even funding was the problem confronting the Ghana card exercise, the House could exert pressure on the government to make funding available to the authority based on the intention of the EC.

He cited the recent Supreme Court ruling that required that once a C.I. was laid, the EC was restricted to the use of the Ghana Card.