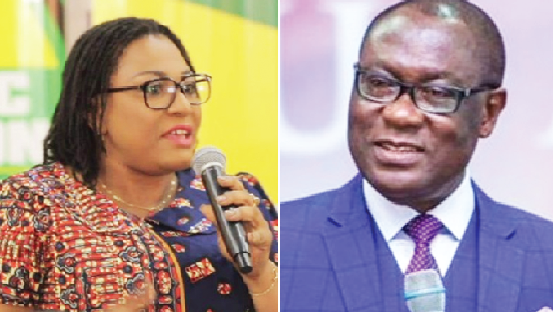 He said Ghana “shall work to strengthen the institutions that support democracy in our country and in our region. We shall continue to support the United Nations and other international organisations to help remind us that, indeed, no man is an island, entire of itself”.

Whatever challenges Ghanaians may be going through, they will certainly prefer a democratic dispensation to a military rule.

Indeed, in the run-up to the 2020 general election, the tension and anxiety that gripped the nation cannot be underestimated. It was compounded with the COVID-19 pandemic which had actually affected a number of businesses and homes.

But in all of this, the National Commission for Civic Education (NCCE), the National Peace Council (NPC) and other stakeholders embarked on an aggressive educational campaign on the need for both peaceful elections and for Ghanaians to adhere to the COVID-19 safety protocol.

Indeed, but for the death of the eight persons during the collation of results, the 2020 elections would have passed off as one of the most successful elections. That is so because all stakeholders, including the Electoral Commission (EC), put in measures to ensure that the elections went well.

What is exciting in all of these is the fact that after the elections, the NCCE and the NPC had not relented in their efforts to educate the public, especially the youth, to avoid extremism and use laid down processes to seek redress.

The initiative by the Ministry of National Security to commission the NPC to investigate or study the grievances of people in the Volta and Oti regions is also highly commendable because if the ministry had undertaken the study itself, the outcome would have been subjected to different interpretations.

The three-week study captured concerns such as “poor school infrastructure, non-exploitation of Mineral Resources in the Volta and Oti regions, no sea defence walls to save coastal communities, delays in the eastern corridor road and unsatisfactory/discriminatory implementation of ‘One District, One Factory’ Policy”.

In its recommendation, the NPC said there should be a promulgation of ‘Fair Appointment and National Cohesion Law’ to give effect to Article 35 (6b) of the 1992 Constitution. Again, there should be a look into the claim of mineral resource deposits in the Volta Region and the allegation of government’s unwillingness to exploit same as a basis for the claim of neglect and come out clear with the facts.

The report also recommended the resourcing of the NPC to carry out nationwide public engagement with Ghanaians for the adoption of dialogue to resolve differences and even get to appreciate our values as a country better. NCCE should be added to the state institutions that need to be resourced to carry out their mandate of enhancing the country’s democratic credentials.

Aside from political violence, we are witnesses to land, chieftaincy and natural resources conflict.

If the NCCE and the NPC are adequately resourced to carry out their mandate, most of the combatants or aggrieved parties will use appropriate procedures to resolve their differences. In fact, some of the aggrieved parties hide behind political colorisation to indulge in unwarranted conflicts that pose threats to the country’s peace and stability.

It is important that we take action to identify and address the gaping causes of conflicts through advocacy and community engagement to safeguard our peace.

What the NCCE and the NPC have been undertaking is a cause in the right direction and they need the encouragement, the supoprt and the resources to achieve the desired results for the progress and development of the country.