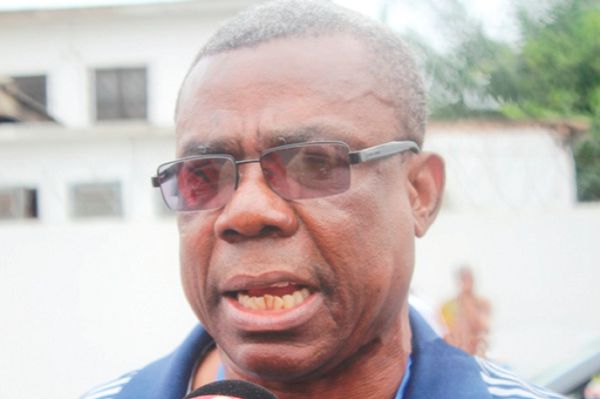 A disqualified parliamentary aspirant of the ruling New Patriotic Party (NPP) in the Trobu Constituency, Mr Kingsley Nsiah Poku, has petitioned the National Parliamentary Appeals Committee of the party to reverse the decision of the Vetting Committee.

He claims that the basis for declaring him ineligible to join the race for the parliamentary ticket was both unreasonable and completely unfair.

The committee’s decision, he said, should not be allowed to stand because it was wrong and not supported by facts.

In his 10-point petition, a copy of which he made available to the Ghana News Agency (GNA), he said, the reason given by the committee that he had been involved in a visa fraud lacked sincerity.

He flatly denied committing any such offence and said he was rather a victim.

He gave the background to the incident, which according to him, happened in or about April, last year.

Madam Anne Cynthia Tamakloe, he said, received from him a total of $67,500 on the pretext of procuring United States (US) visas for certain persons he introduced to her, but failed to deliver on her promise.

He said he consequently made a formal report to the Police Criminal Investigation Department (CID) Headquarters based on which the woman was arrested and charged with the offence of defrauding by false pretence.

A police investigation report on the case signed by Assistant Commissioner of Police (ACP) Isaac Quist, Director-Administration, he added, was made available to the Vetting Committee.

The evidence, he said, was there for all to see that he was neither a suspect nor a convict and should therefore not suffer for a wrongdoing.

Mr Poku and another person, Lincoln Edward Addo, filed their nomination form to contest the NPP parliamentary primary election in the Trobu Constituency but both men have been disqualified, leaving the incumbent Member of Parliament (MP), Mr Moses Anim, as the sole candidate.

The committee cited acts of misconduct, non-nurturing of the party in the constituency for two years, alleged fraudulent acts, inconsistencies in personal information and forged documents.
A statement signed and issued by the Secretary of the National Parliamentary Vetting Committee, Mr Daniel Parker Odarlai France, said detailed report and reasons for their disqualification had been forwarded to the party’s national headquarters.

The National Parliamentary Appeals Committee under the chairmanship of Mr Peter Mac Manu, will from today begin looking into all appeals by parliamentary aspirants who were disqualified by the vetting committees.

The appeals committee has up to Friday, March 20, 2020, to resolve all petitions and communicate its decisions to the National Executive Committee through the General Secretary by Monday, March 23, 2020. - GNA