'Parliament is not beyond scrutiny of Supreme Court' - Akufo-Addo [AUDIO] 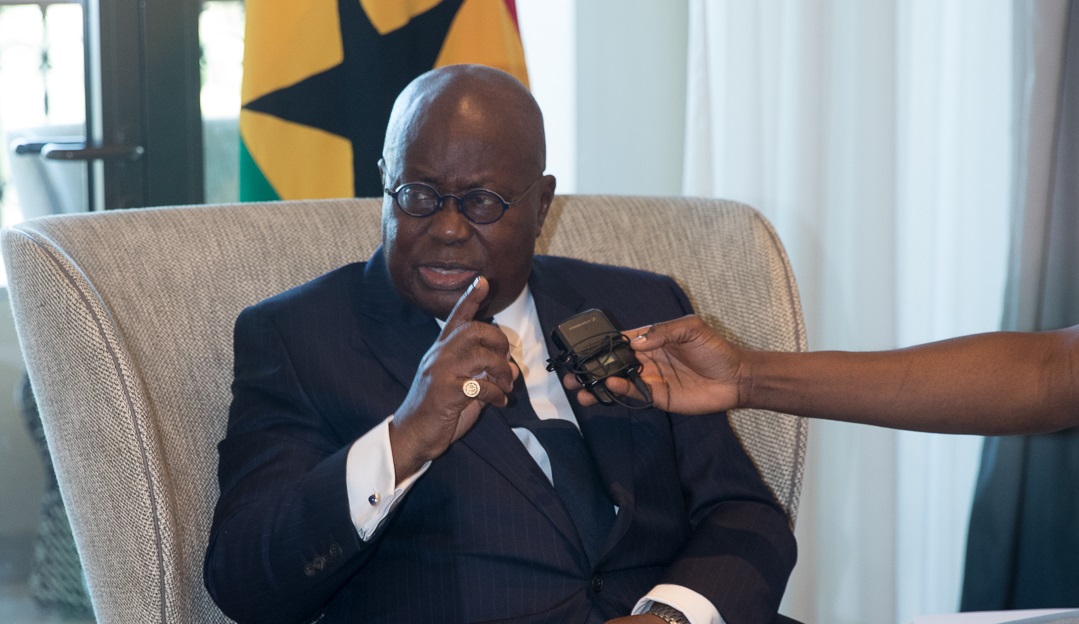 President Nana Addo Dankwa Akufo-Addo, says the decision of the Supreme Court on the voting rights of Deputy Speakers cannot amount to judicial inference in the work of Parliament.

He continued, “There is no body in the Ghanaian State that is above the fundamental law of the land. It will lead to the very matter that we have striven so long to avoid – the concentration of unregulated power in our state – we don’t want that. And we brought about this Constitution to allow that to not reoccur.”

President Akufo-Addo made this known in a media interview on Thursday, March 10, 2022, on the sidelines of Dubai Expo 2020.

Astonished by the “public energy” dissipated in the debate, he was happy with the unanimity of the decision taken by the Supreme Court, especially as it is the most emphatic way in which the Court can pronounce.

Touching on suggestions that the Parliament is beyond the scrutiny of the Supreme Court regarding issues of interpretation, the President indicated that “the whole principle of judicial review was developed by the judges, both in America and England, to be able to check the activities of Parliament.”
Indeed, in Ghana, he stated that the first major constitutional case, which looked at the work of Parliament was in the case Tuffuor vs Attorney General, where the Act of Parliament, the decision of the Parliament to subject the then Chief Justice, the late Frederick Kwesi Apaloo, to a vetting process in Parliament had been expressly forbidden by the Constitution.

“And that is the reason why the late Dr. Amoako Tuffuor took the matter to the Supreme Court, and the Supreme Court made it quite clear that all the activities of all the insitutions of our Republic that impugn, that violate the Constitution are subject to the powers of the Court and to the Declarations of the Court,” he said.