The assembly member of Meduma in the Kwabre East District of the Ashanti Region, 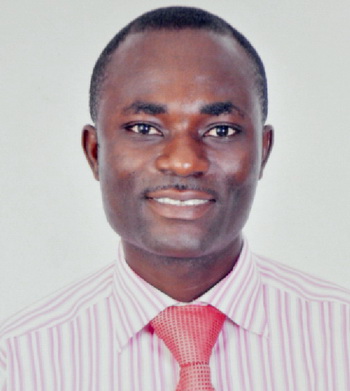 Mr George Oppong, has unseated the chief of his town to become the new Presiding Member (PM) of the assembly.
Mr Oppong, 36, swept aside challenge from the incumbent and Chief of Meduma, Nana Oduro Agyarko II, and another contestant, Mr Michael Afreh Gyimah at a special meeting of the assembly at Mampongten.

In the first round of voting, Mr Oppong had 23, while Nana Agyarko had 13 and Mr Gyimah, eight votes out of the total 44 votes cast.

The situation pushed the voting into a second round which pitched Mr Gyimah against the incumbent, Nana Agyarko.

At the end of the voting, Mr Oppong polled 29 votes with Nana Agyarko polling 14 votes, pushing the election into a third round since none of the two candidates could get the required two-thirds majority or 30 votes.

Before the third round could proceed, Nana Agyarko announced his withdrawal from the race and after the voting on the sole candidate, Mr Oppong had 35 members voting ‘yes’ to confirm him, with six voting ‘no’.

In his acceptance speech, Mr Oppong  thanked the members of the assembly for the confidence reposed in him and promised to work hard.

In that regard, he called for unity in the assembly without which the development required would not be achieved.

Mr Oppong also said there was the need for equitable distribution of the assembly’s resources among the communities.

He admitted the district faced many development challenges but maintained that with determination and sound management of resources, the challenges would be overcome.

The Member of Parliament (MP) for the area, Mr Kofi Frimpong, also commended the assembly for the peaceful manner it conducted the election and called for total support for the PM to enable him deliver to the satisfaction of all.

For his part, the District Chief Executive, Mr Adams Idissa, said the district had benefited from a number of development projects under the current assembly and expressed confidence that more would be achieved if the members continued to work together.