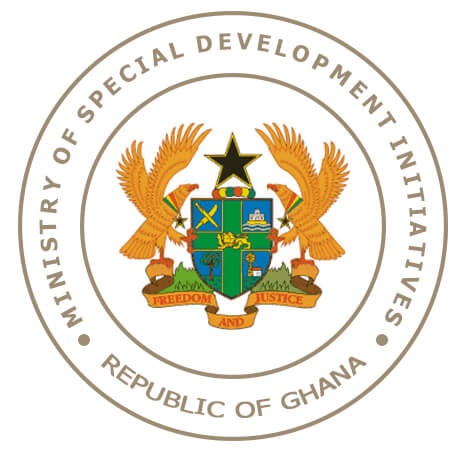 The New Patriotic Party (NPP) Member of Parliament for Nsawam- Adoagyiri, Mr Frank Annor-Dompreh, has stated that a market project funded and executed with the petroleum revenue in his constituency was sited at Nsawam.

He explained that the project had to be relocated to Nsawam due to some challenges at Otu-Kwadjo, the original site for the project.

Addressing a press conference in Parliament on March 3, 2022, Mr Annor-Dompreh, who is also the Majority Chief Whip, stated that since there were challenges with two out of three sites, he proposed the relocation of the market to the Ministry of Special Development Initiatives (MSDI).

Based on his proposal, the project was relocated to Nsawam, opposite the Public Works Department (PWD) where there was no problem with the site.

He explained that as the MP for the area, he lobbied for the market project and also suggested three places in his constituency for the project, Nsumia, Otu-Kwadjo and Nsawam but there was a problem with the first two sites, hence the relocation of the project to Nsawam.

He said the market project that consisted of two sheds of 48 cubicles (24 cubicles for each shed), a storage facility and mechanised boreholes at the cost of GH¢920,354, was constructed at Kojo Electoral Area at Nsawam.

The Nsawam-Adoagyiri MP stated that PIAC should have cross-checked its information on the market project before coming out with the publication.

" I am therefore demanding for an immediate withdrawal of the said publication and apology from PIAC to the government, my good self, the Assembly and the good people of my constituency", he stated.

Mr Annor-Dompreh said he, therefore, found the PIAC report 'quite mischievous ' and wondered why the institution could not do its cross-checking before coming out with the publication.

The Daily Graphic in its last Wednesday edition carried a story that a rural market project at Otu-Kwadjo in the Nsawam-Adoagyiri Constituency in the Eastern Region, which was supposed to have been funded and executed with petroleum revenue,did not exist at the specified community.

That was in spite of information made available to the PIAC by the Ministry of Finance (MoF) that the project has been fully completed at Otu-Kwadjo.

The cost of the project, which includes a storage and mechanised boreholes, is GH¢920,354; out of which GH¢190,707 was sourced from the Annual Budget Funding Amount (ABFA).

The contract was awarded through the Ministry of Special Development Initiatives (MSDI) to Basham Company Limited (BCL) on January 29, 2019 and was expected to be completed after six months.