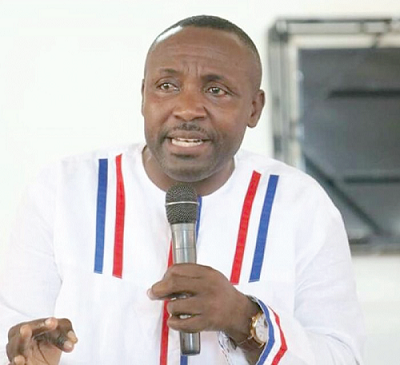 The New Patriotic Party (NPP) has commended all stakeholders for supporting the advancement of the Fourth Republican Constitution.

In a statement to mark its 30th anniversary, which fell on June 29, 2022, it said the anniversary marked the longest period of democratic practice in the country since independence and called on Ghanaians to sustain it..

“In the period, Ghana has earned an enviable reputation for political stability, which is a valuable brand to be cherished, protected and enhanced,” it said in a statement signed by its General Secretary, John Boadu.

The statement said the fact that the party was the only political tradition in the country that had survived all Republics in pre and post-independence Ghana including the most cancerous dictatorial regimes and had stood the test of time, could only be a vindication of the richness and greatness of the party’s political tradition.

It said since 1992, the NPP had been the champion of electoral reforms as it “spearheaded the transition from opaque ballot boxes to transparent boxes, the transition from ‘black and white’ voter ID cards to coloured ID cards with pictures and the quantum leap from a manual voters register to a biometric register and photo ID Cards for all voters from limiting it to regional and district capital to National.

“In spite of the disruptive threat of COVID-19, Ghana’s general elections of 2020 have been hailed as perhaps the cleanest, most peaceful, and free and fair,” it said.

Touching on the economy, it said every policy of the NPP in government had been designed to benefit as many Ghanaians as possible.

“We successfully rolled out some integrated initiatives towards agro-industry, which include One District One Factory (1D1F), One District One Warehouse (1D1W), One Village One Dam (1V1D) and Planting for Food and Jobs (PFJ). Furthermore, we successfully rolled out the Mobile Money Interoperability, enabling digital payments across diverse platforms, roping in 70 per cent of the bankable population into the financial space,” it said.

That, it said, had changed the face of banking in Ghana and set to drive transactions in the African Continental Free Trade Area headquartered in Accra, which is another major plus for President Nana Addo Dankwa Akufo-Addo leadership.

The statement said despite the NPP being a centre-right party, it had implemented more social intervention programmes than any other political party in the history of Ghana.

It cited the establishment of the National Health Insurance Scheme (NHIS) and provision of Free Maternal Health Care, the Livelihood Empowerment against Poverty (LEAP) for indigent families and provided the Capitation Grant and the Ghana School Feeding Programme under former President John Agyekum Kufuor.

It said President Akufo-Addo continued with innovative social interventions such as the Free Senior High School, the One Constituency One Ambulance (1C1A), a drone service for delivery of medical supplies, restoration of Teacher and Nursing Training Allowances, introduction of allowances for Arabic and Islamic Instructors under the National Volunteer Service Programme and the absorption of examination registration fees for BECE and WASSCE candidates.